PIKE River Coal will be able to transport its full coal production target of 1.3 million tonnes per annum after an interim decision this week by New Zealands Environment Court gave the prospective coal producer a shorter trucking route. 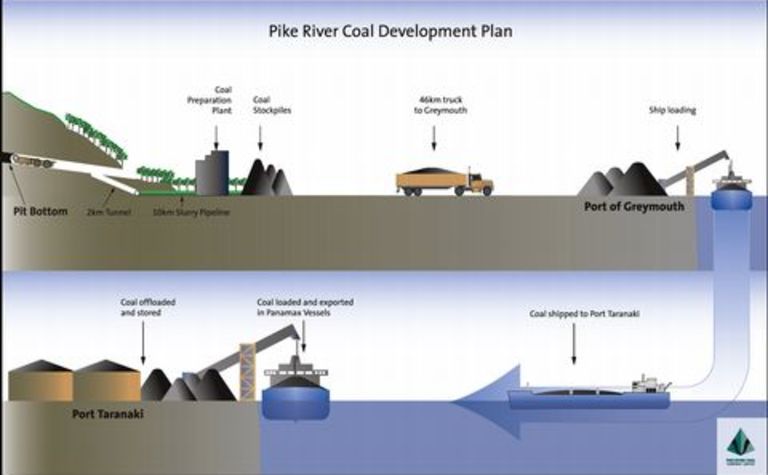 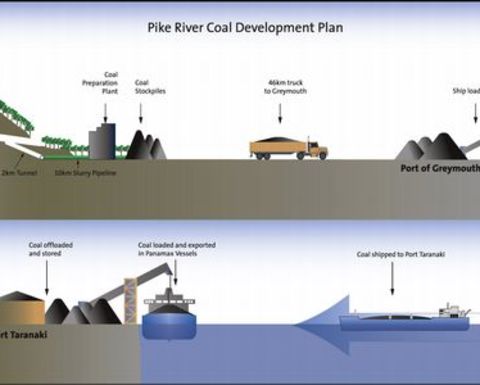 Pike River was granted resource consent to truck coal from the Pike mine via the preferred southern route to the port of Greymouth.

This route is 50km shorter for a return trip than the northern route through Ikamatua.

The decision enables PRCL to transport the full consented coal production of 1.3Mtpa on a six day per week basis for 16 hours per day.

Friday last week marked one year since the access agreement was granted by the Department of Conservation allowing construction to commence on the Pike River mine development.

In that time 11.5km of new road has been constructed and other supporting infrastructure has been substantially progressed.

The access tunnel to the mine has advanced 172m having experienced variable ground conditions.

It is forecast to achieve total length of 2300m when it will access the high-grade hard coking coal of the Brunner seam, with first coal from the mine still forecast for the December quarter 2007.

Two major electrical transformers have now been installed onsite and a large portion of the electrical poles and cables installed up the valley to the minesite.

Several contracts for underground vehicles have been signed in recent weeks as well as tenders closing for the mine's main ventilation fans.

With long lead time mining equipment now on order, Pike River is finalising the contract for site buildings, with construction to commence in the new year.