HUNTER Valley coal producers have formed a working group in a bid to find a solution to the vessel queues off the Port of Newcastle.

The group was formed as a result of an industry meeting in Newcastle on Tuesday.

Just last week Xstrata Coal chief Peter Coates said he would like to see a quota at the port reintroduced “because we can't continue with the way we are going".

This sentiment was backed by Coal and Allied at Tuesday’s meeting where the company called for the introduction of a system to match port and rail capacity with coal production.

Coal and Allied managing director Doug Ritchie said a system would have to be put in place for two to three years to allow the port and rail to undergo a full expansion to meet mine output and customer needs, ABC Online reported.

Port Waratah Coal Services' quota regime finished in 2006 after Hunter Valley producers voted to stop it. While the system significantly reduced the queues when introduced in July 2004, smaller producers were outspoken against the system.

Coal & Allied has been one of a number of producers that have recently reported lost sales and increased demurrage costs as a result of the ship queues.

Today ships queuing off the Port of Newcastle numbered 48, but that figure has reached in excess of 50 over the past few months.

The Hunter Valley Coal Chain is the largest coal export operation in the world consisting of 30 coal mines, 17 producers, 23 points for loading coal onto trains, about 28 trains making two trips per day, five coal berths and ship loaders and about 1.5 million tonnes of useable stockpile space at Newcastle Port.

Wellington North will be developed as part of an extension of the existing Wellington solar farm. 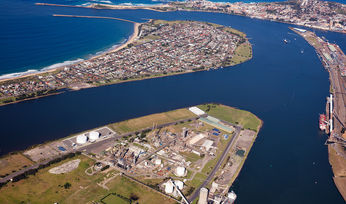 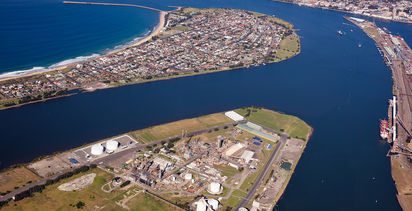