GINA Rinehart has retained her title as Australia’s richest person, according to BRW’s Rich 200, while one-time billionaire Nathan Tinkler failed to make the list. 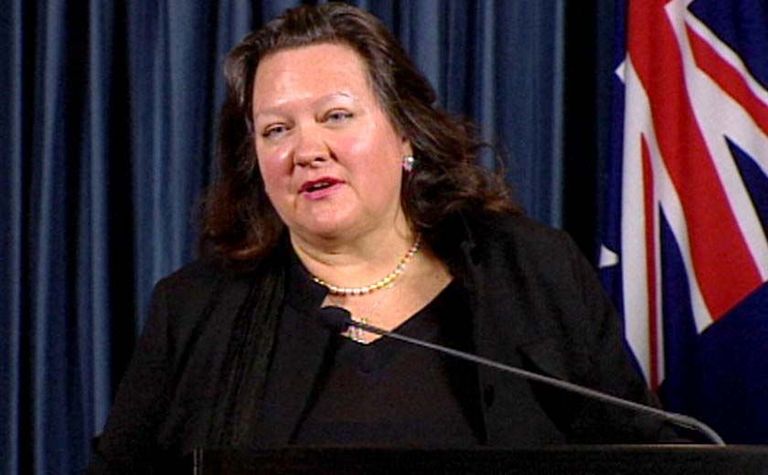 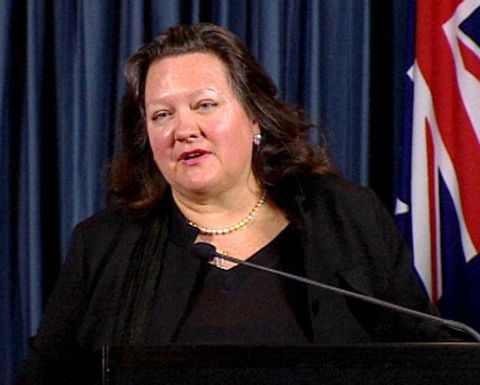 While Rinehart retained top spot, her fortune plunged $A7.1 billion to $22B thanks to lower iron ore prices, taking her out of contention for world’s richest woman honours.

There was a huge difference between first and second, with Westfield mogul Frank Lowy coming in behind Rinehart on $6.8B.

The Switzerland-based, South African-born boss of Glencore Xstrata became an Australian citizen in the 1980s.

The fortune of Fortescue Metals Group founder and chairman Andrew Forrest fell $2.2B to $3.6B, leaving him in ninth place on the list, down from last year’s fourth.

Troubled coal magnate Nathan Tinkler failed to make the list after coming in at 34th last year with a $915 million fortune.

BRW said Tinkler’s wealth had fallen below the minimum $235M needed to qualify.

It comes after the 37-year-old put his $5M Queensland home on the market yesterday.

Today it emerged that liquidators of his company, Mulsanne Resources, had filed an injunction in the Supreme Court of New South Wales to have Tinkler’s assets frozen, as well of those of his wife, Rebecca Tinkler and Ocletip Investments.