KOMATSU has opened its upgraded facility in Mackay, marking the close of the first phase of a two-part expansion in the Queensland mining hotspot.

The upgraded Connors Road facility is the only Australian assembly location for Komatsu’s largest truck, the 960E.

In addition to upgrade, Komatsu has started works at a second location in Paget, which will become its customer support facility when completed in 2014.

That site will feature a parts warehouse that is close to double the size of the existing one at Mackay; a service workshop; track shop; washbay; and sales and customer support offices.

Komatsu’s Mackay expansion forms part of its largest ever investment in Australia.

The first stage of the national expansion program began with the commissioning of Komatsu’s start-of-the-art assembly and service facility in Brisbane, Queensland, last year.

That was followed by significant investments in Perth, Western Australia, and a national training centre in Brisbane.

These will be followed by further expansions in Port Hedland, WA, and Sydney, New South Wales, this year.

Agrimin CEO Mark Savich says the signing is an important milestone for the project. 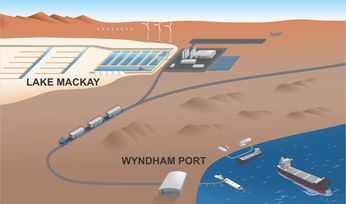 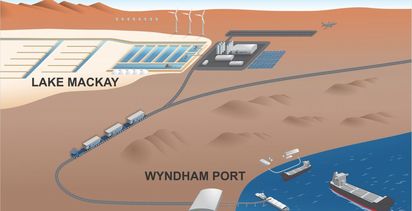