Dredging not to blame for fish health: report

A QUEENSLAND Department of Fisheries report has blamed flooding for unhealthy fish stocks in Gladstone Harbour, but concedes the dredging program for LNG projects did play a role.

The final report is the result of public concern about the health of marine life in Gladstone Harbour in 2011, with plenty pointing the finger at the dredging operations.

It notes that the first alerts were received months after a major flood event, with fishermen reporting skin redness, lesions, and eye damage in species caught in the harbour.

Similar complaints were made about species from the Boyne River, which flows into the sea near Gladstone.

The flood event in 2011 caused about 30,000 barramundi to be dislocated from the Awoonga Dam into the Boyne River.

A third survey was conducted in September.

A total of 3699 fish were observed in the field, with 492 examined by necropsy, and tissue from 120 fish was subjected to chemical residue testing.

During the first survey, conducted in August 2011 to February 2012, the department received complaints of increased barramundi populations in the Boyne River.

Fish caught in Gladstone Harbour were found to be in a poor nutritional state compared to those from reference sites.

It said these fish tended to be found in the Boyne River as well, and also had lesions caused by the passing over a spillway from the Awoonga to the Boyne, indicating that the fish originated at Lake Awoonga.

Chemical residue analysis also found higher levels of iron and cadmium during the April sampling, and higher arsenic and zinc levels than fish collected as part of its reference.

The analysis was also carried out on mud crabs, which indicated a “significant association” between aluminium and selenium concentrations, with the crabs unique to Gladstone Harbour.

This indicates the fish had greater exposure to metals and metalloids.

But no elevated levels of these metals were found in the tissues of diseased barramundi compared to healthy ones.

The report concluded metals and metalloids were unlikely associated to fish health in the harbour.

All up, it found that fish were returning to health towards the end of 2011, while dredging was still going on.

“The only factor different in 2011 compared to previous years was the significant rainfall, the subsequent flooding and the introduction of a significant biomass of fish from Lake Awoonga,” the report read.

It said the most likely cause of the abnormalities was the sudden introduction of barramundi from Awoonga.

“Although barramundi are naturally able to move between fresh and salt water environments, it appears that these fish were overcrowded and unable to feed normally after they were suddenly re-located from Lake Awoonga into the Boyne River.”

It said the stress of the migration combined with the lower temperatures from 2011 combined to make the fish susceptible to parasitic disease.

All up, the department found the sudden influx of barramundi caused significant strain on the ecosystem, but could not rule out dredging as having some role to play in the disease.

“This study cannot rule out the possibility that the activity of dredging and associated turbidity provided additional stress to the ecosystem, but it was not the primary stressor,” it concluded.

The report was put together by an independent panel of investigators appointed by the state government to probe concerns about sick fish in the waterway.

Fish are fine to eat, no explosions at WSF expected again. 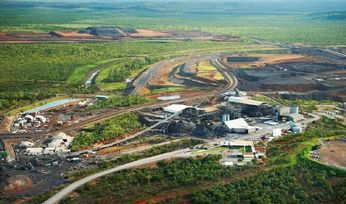 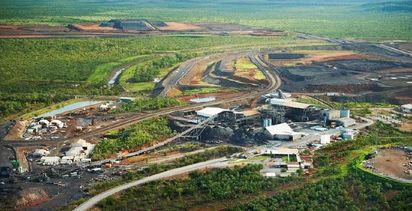