Kemper plant gets even more expensive

POWER generator Southern Company has confirmed that the planned start of its 582-megawatt Kemper coal-fired gasification plant in Kemper County, Mississippi, has fallen behind schedule and will now cost an estimated $US5 billion to erect and bring online.

In a US Securities and Exchange Commission filing late Tuesday, its Mississippi Power subsidiary said it completed a new review of the schedule and costs for the integrated gasification combined cycle (IGCC) facility, which would turn lignite coal into synthetic natural gas, and revealed that a May 2014 start had now been pushed to the final quarter of next year.

Additionally, officials revised the plant’s cost estimate to about $5 billion, more than twice the $2.2 billion initially estimated in 2004.

The delay, Southern said, was because crews were behind schedule on pipe installation, compounded by abnormally wet weather; the cost increase, it added, was primarily due to the costs associated with the schedule extension.

Moreover, the generator did not rule out possible additional increases in Kemper’s price tag or extensions to the construction timeline.

“Mississippi Power could experience further schedule extensions and/or construction cost increases with respect to the Kemper IGCC as a result of factors including, but not limited to, labor costs and productivity, adverse weather conditions, shortages and inconsistent quality of equipment, materials, and labor, or contractor or supplier delay or non-performance under construction or other agreements,” officials said in the filing.

“To the extent it becomes probable that additional costs will not be recoverable, Southern Company and Mississippi Power will have additional charges to income, and such charges could be material.”

Thankfully, Mississippi Power spokesperson Jeff Shepard said, ratepayers will not have to pick up the tab for this or any future cost jumps because they have been capped.

“That is all being absorbed by Southern Company shareholders,” he said.

Shepard also noted that the new extended completion date will not affect the $245 million grant it will receive from the US Department of Energy under the Clean Coal Power Initiative Round 2, though it reiterated it will have to repay tax credits because the plant the May opening will be missed.

Judge rules Mineralogy does not have to pay more than $100 million to Queensland Nickel liquidators.... 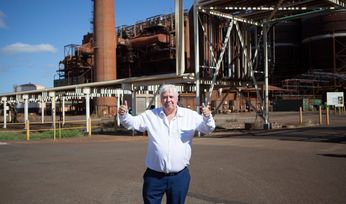 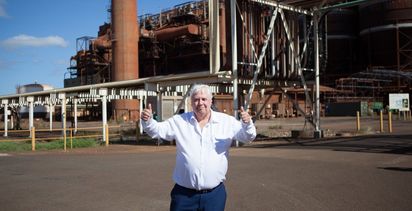