The strain is beginning to show

EVIDENCE is mounting that it is going to be a slow, hard grind out of the present part of the commodity cycle. The Outcrop by Robin Bromby

Japan's Komatsu announced on Monday a profit downgrade of Â¥95 billion ($A1.01 billion), which it said was brought about by falling sales of mining equipment in Asia and Latin America. This follows gloomy pronouncements on the resources sector from Caterpillar, Bradken and UGL.

Some of of the problem is structural change, as well as just one of those inevitable progressions of the commodity cycle. Komatsu noted that it had experienced falling demand for coal mining equipment as demand slowed in emerging economies but also, tellingly, because of the shift away from coal and toward natural gas in the energy mix. Indonesian sales had crashed, although the sharp depreciation of the rupiah was a contributor there, too.

But there was a different story from Hitachi Construction Machinery Co, which reported this week that it was making good sales of mining machinery into Russia and China, although it, too, was struggling in Indonesia and in North America.

And then there is the other end, the junior exploration one. That’s a mixed picture as well. We haven’t seen the across-the-board savaging of these stocks that happened after the 2008 shock, but there is no question that many companies are doing very little and that the ability to raise money requires a very plausible story these days (or a Chinese investor looking long term).

But it could be worse. You could be listed in Toronto. From that city overnight came the monthly commodity overview from Scotiabank’s analyst Patricia Mohr. Equity raising by juniors on the TSX plunged in 2012, and still continues to decline.

The TMX Market Intelligence Group indicates that equity capital raised for mining companies on the TSX Venture exchange has dropped from $C5.9 billion in 2011 to a “mere” $C2 billion in 2013 (calculated from annualising the figures for the first eight months to August 31).

As the bank pointed out, junior mining and TSX Venture companies were the “heart and soul” of downtown Vancouver. But they were also a useful barometer as to the state of the junior exploration globally; about 57% of the world’s publicly traded mining companies are listed on either the TSX or the TSX.V, including many Australian, Mexican, Chinese and African producers.

Mohr argues that a revival of equity capital for junior miners will depend largely on a cyclical rebound in metal and mineral prices, and an improvement in investor sentiment regarding senior producers. A strong pick-up in base metals could be several years away, she said, especially for nickel and copper with a wave of new mine capacity. Equity valuations have dropped substantially this year.

But she notes that M&A activity is picking up; private equity is sensing that a bottom in equity valuations is close at hand. Now is the time to pick up unlisted project owners with a view to an IPO four years out.

Scotiabank also notes that, with the larger gold producers adjusting to prices in the $US1200-1350 range, rather than $US1600/oz at the beginning of the year, this has changed the playing field quite a bit. It would seem that companies are shifting focus from adding production capacity to one of boosting shareholder returns through cost cutting and more disciplined capital spending. In fact, so far as Canadian companies are concerned, interest has declined in asset acquisitions from the junior sector.

When deals are done, they are not exactly for top dollar. This week Canada’s B2Gold Corp agreed to pay $US63 million for listed junior Volta Resources. The latter owns the Kiaka project in Burkino Faso, which has a measured and indicated gold resource of 4.86 million ounces and an additional inferred 1.01m ounces. Volta chief Kevin Bullock, in announcing the deal, said the move was right considering it was a difficult market where financing of development stage gold companies has become increasingly challenging.

The gold price has fallen by 17.9% so far this year, but the TSX-Gold Index is off 35.2%. The net result according to Scotiabank: “Junior mine finance is in near-crisis with many small exploration companies now in survival mode, having limited working capital to maintain their TSX Venture listings”

At least the Australian juniors in the same pickle will have the solace of knowing they’re not alone.

However, it is important to note that Canadian juniors have been rocked by two events that had not had nearly the same impact here: the Fukushima tragedy and the exit of Russia’s Uralkali from the Belarusian potash marketing arrangement.

Yes, our uranium players, particularly, have taken a nasty hammering too, but uranium does not have the weighting on the ASX that it has in Canada; and more so for potash.

Meanwhile, investors look for another commodity vehicle to get them out of this rut. They could be in for some wait. 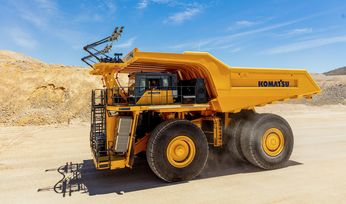 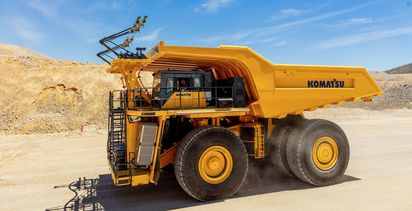