SOLID Energy has begun work to plug the ventilation shaft at the former Pike River mine in New Zealand where 29 miners lost their lives. 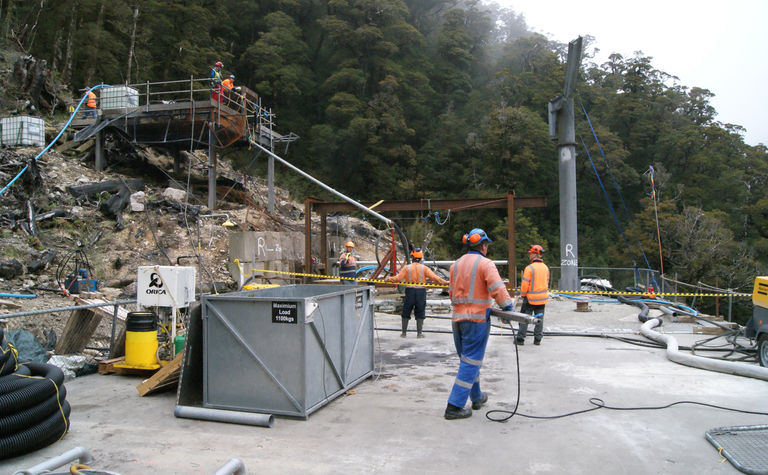 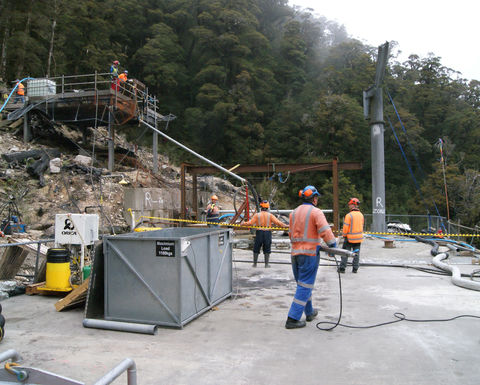 The mine team and contractors have placed a high-strength expanding resin into the shaft and have begun topping that with a layer of concrete.

Once the concrete has set, the remaining area will be filled with an expanding foam material that will be topped off with a final layer of concrete.

Members of the Solid Energy crew positioned themselves on the vent shaft platform and received the first helicopter-lifted load of concrete about 2.45pm yesterday.

Project director Mark Pizey said he was hopeful this first phase of the project would be completed by Christmas.

The shaft sealing is needed to fully stabilise the environment in the mine.

The bottom 40-50m of the shaft – originally about 100m deep – is filled with rock from an earlier collapse.

The remaining area which is being filled in this phase of the project is approximately 700 cubic metres in volume.

At the same time, planning is underway for the project’s next phase – drilling additional boreholes into the main tunnel.

In early September the New Zealand government announced it had approved conditional funding of a staged plan to re-enter and explore the main entry tunnel at the former Pike River mine up to a rockfall approximately 2.3 km in from the mine portal.

The work is being carried out by Solid Energy, which bought the assets of the former Pike River Coal business in July 2012 and undertook to do its best to develop a safe plan to explore the main tunnel.

The tunnel re-entry and exploration project is subject to ongoing assessment of the safety and technical feasibility as each stage is undertaken.

It does not include entry into the actual mine workings. Solid Energy believes it is not possible to safely carry out a standalone re-entry of the abandoned workings, except perhaps as part of a wider commercial mining operation.

The conceptual project plans for the tunnel re-entry were developed by a group of mining experts, including Solid Energy staff, independent mining consultants and the New Zealand Mines Rescue Service, with oversight from the Ministry of Business, Innovation and Employment's High Hazards Unit.

An independent panel of experts with experience in mine recovery and work of this complexity and risk formally assessed the plans, according to Solid Energy.

Progressive approvals by the Solid Energy board and ongoing monitoring are required for all stages of the project.

The situation has been under discussion with the landowner over the course of the week. 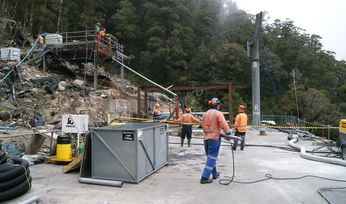 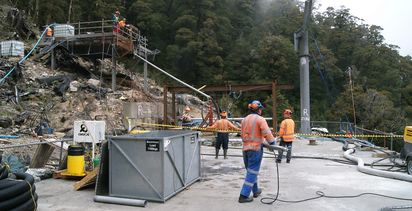