If approved, the Carmichael project will deliver 60 million tonnes per annum of coal primarily to India, one of Australia’s fastest growing export markets.

“The Newman government is delivering on its promise to support growth in the resources pillar of the Queensland economy, and this consultation phase is another important step in ensuring the proposal undergoes a rigorous environmental assessment,” Seeney said.

“These benefits start with jobs – up to 1075 construction and 3800 operational jobs will be created if the mine is approved.”

The EIS was released for comment between December 15 and February 11, and 67 submissions received raised issues such as impacts on groundwater and surface water supplies and on agricultural activities.

The Coordinator-General Barry Broe then sought further information from the proponent to ensure the environmental impacts of the proposal were comprehensively addressed and mitigation measures identified.

As part of the process, state agencies and the public are being asked to provide feedback on this additional information, with the review period running from November 25 to December 20.

Bravus is in the process of constructing a 10tpa mine as approved. 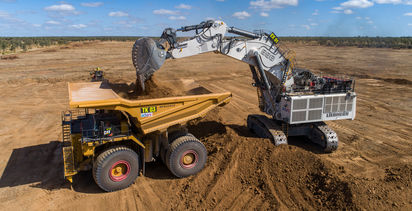