US year in review: April-July fatalities

AFTER the rough start the nation’s industry had to 2013, marking eight deaths in one quarter and a staggering five during February alone, the US had two full months in April and May with no fatal accidents. But June would bring an end to the gained optimism.

The nation’s ninth coal death was recorded June 6, when belt foreman Christopher Brown, 36, died at Jim Walter Resources’ No. 7 operation in Alabama after falling from a conveyor walkway.

Company and federal officials said the five-year mining veteran had climbed up onto an elevated belt catwalk to examine/observe the belt wiper and had proceeded to the end of the elevated catwalk at the belt discharge.

The guard/gate at the end of the catwalk failed and the victim fell along the chute to the lower belt.

Just before the US Independence Day holiday, Illinois officials would confirm the 10th death – a single powered haulage fatality at the Peabody Midwest Mining Wildcat Hills mine in Illinois.

Nathanial Clarida, 35, was hit by a ram car being trammed through a ventilation curtain.

The incident prompted Peabody to close the room and pillar operation for a period of time during the federal investigation.

Before the month ended, a machinery incident would take the life of a surface miner in Pennsylvania.

Steelyn Gary Kanouff, 28, was troubleshooting a strut on a Caterpillar 773E rock truck at Amerikohl Mining’s Amerikohl Strips complex in DuBois when the incident occurred July 31.

The victim was found lying between the right front tyre and the bottom of the fender, investigators said in a post-accident report, noting he was pronounced dead at the scene by the Indiana County chief deputy coroner.

The worker, who had just over seven years of experience – all at the Amerikohl operation – was one of just eight employees on payroll at the small bituminous mine.

Just a week later on August 6, the nation’s 12th miner died and two others were injured in a wall collapse in Kentucky.

Lenny Gilliam, 56, was killed at the Huff Creek mine No 1 mine in Harlan County, operated by Arch Coal subsidiary Lone Mountain Processing.

Preliminary reports indicated the side of a coal pillar burst as a continuous miner machine was operating, causing the men to be trapped under a collapsed mine wall.

The agency said the two injured miners were taken to a hospital with non-life threatening injuries.

August 16 would bring the 13th US coal death, that of Jacob Dowdy at the Thunder Basin Black Thunder surface complex in Wyoming.

The injured miner was treated and released.

Finally, the death recorded as number 14 actually occurred one July 3 but was determined chargeable on September 4.

That fatality, a drowning at Maple Creek Mining’s preparation plant in southwestern Pennsylvania, took the life of 87-year-old Samuel Vignoli.

Vignoli was mowing on an embankment when the skid loader unit he was operating slid into an impoundment.

Check back on ILN for the remainder of this week as we review the other fatal incidents that took the lives of US miners in 2013. 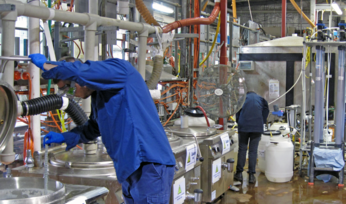 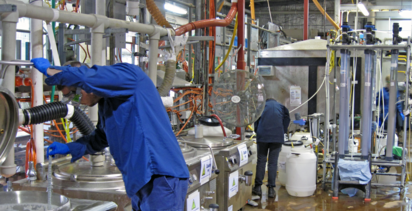