A BATTLE is brewing between unions, business groups and the government after major workplace relations laws took effect this month. 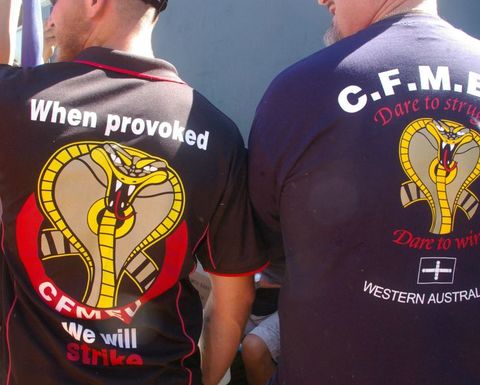 The laws will see stronger site access powers for unions, stricter bullying laws and higher apprentice wages, among other changes – and have drawn the ire of the Australian Chamber of Commerce and Industry.

ACCI CEO Peter Anderson told MiningNews.net that the changes were part of a “union wish list” enacted in the dying days of the Labor government and would raise costs for mining companies.

For miners some of the biggest changes come through increased powers for union access to remote worksites, with unions likely to use the laws to expand their presence on resource projects.

“The laws effectively compel a business to allow unions to come into worksites which are geographically distant and where workers are needed to get on with the job rather than undertake union business,” Anderson said.

“These are rights that do not depend on workers being a union member or making a complaint.

“They give unions the right to come onsite whether workers want them there or not.”

While Anderson said it was reasonable for workers to deal with unions, there were alternative arrangements that could have less of an impact on mining companies.

ACCI said alternatives included businesses making facilities available for unions to talk with employees offsite, or through unions seeking an order from the Fair Work Commission.

“Australian workers have a right to be represented in their workplaces and employers seeking to attack that right will only undermine workplace safety,” he said.

In respect to wider changes under Fair Work, Kearney said the laws had done little to stifle local companies.

“Despite business claims that the Fair Work Act would lead to a wages breakout and a decline in productivity, what we are seeing instead is slowing growth in wages and rising productivity,” he said.

“There will always be calls to remove legislation that protects workers from the downward spiral that will exist in a full free market approach – just like in the United States where workers slave away on subsistence wages below $US3 per hour – but the last thing Australian workers need is changes to the IR system which will cut their penalty rates and conditions.”

Other big changes taking effect this month include anti-bullying laws, which will give workers the opportunity to apply to the Fair Work Commission for an order to stop workplace bullying.

Part of the concern over the laws stems from fears the system could be abused and Anderson said ACCI was waiting for strong action from the Coalition.

“The government has said, with regard to the bullying laws, that they will monitor their operation. That’s as far as they’ve gone so far,” he said.

“They’ve also asked the Fair Work Commission to establish a triage system so that complaints which don’t seem to have any basis don’t immediately action a response obligation.

“Those changes are welcome but they don’t go anywhere near enough to satisfy industry concerns.”

Anderson said under the current regulations a “vexatious or frivolous” complaint could tie up businesses in the regulatory process, despite attempts by authorities to avoid such cases.

Other concerns include the law’s wide definition of bullying, which covers interactions ACCI says businesses have no control over, such as dealings with other workers or external customers.

“It’s unfair for the law to require a business to be responsible for matters it did not decide or did not intend to undertake,” he said.

Under the laws Fair Work has to respond to a bullying application within two weeks and checks and balances have been built to try and ensure frivolous complaints are not heard.

The ACTU said previous arrangements saw only limited options available to workers and it had heard cases where bullying had seen workers take stress leave/medication, leave their job and, in some tragic cases, commit suicide.

“Employers have a responsibility to provide safe workplaces for their employees and that should extend to ensuring workers are not subject to repeated bullying,” Kearney said.

“These laws will help prevent and resolve bullying issues in the workplace and go some way in tackling the financial cost of bullying on the economy, which is estimated to be between $A6 billion to $36 billion annually.”

As it stands the unions and ACCI remain sharply divided on the laws, with the government continuing to tread a path down the middle of the debate.

So far the Coalition seems unwilling to make much of a move on the legislation, and with the ghost of Work Choices still lurking, industrial relations remains a touchy topic for the fledgling government.

More significant changes may be afoot once the Coalition increases its control of the Senate in July but in the meantime the arm wrestling looks like it will stay outside the walls of Parliament House. Polymathian does the maths on Dallimore