THE new Cat VFD-A800/W800 variable frequency drive for longwall systems is designed to work in conjunction with Cat UEL and CST gearboxes to deliver variable speed of the armored face conveyor, accurate load-sharing between gearboxes, and better efficiency when operating in weak power networks. 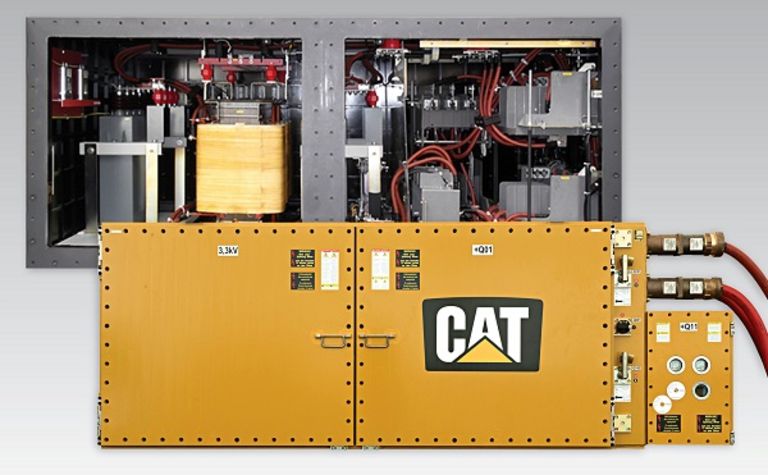 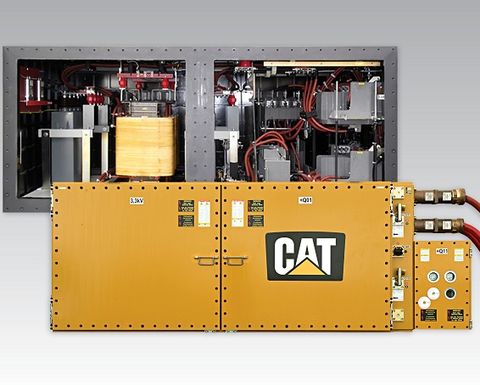 “At the same time, the system increases equipment life by minimising stress on drives and chains. Also, the system optimises power usage and even returns energy into the system when motors are used to brake drives.”

The VFD can be easily retrofitted to existing Cat face conveyor systems. Since the VFD operates on standard asynchronous motors, it does not require a change of the electrical network.

Substantial changes to the load on the AFC, as well as blockages, present the danger of chain breakage, and such events certainly cause chain stretching.

The Cat VFD system monitors and shares the load between gearboxes with nearly 100% effectiveness to reduce stress on AFC and plow chains.

The VFD adds a superior level of control to the proven line-up of Cat AFC drive technology. The Cat Controlled Start Transmission (CST), a planetary drive system with an integrated infinitely variable multi-disc clutch, has been a mainstay for nearly 20 years. It provides automatic and instant overload protection, soft starts and synchronised heavy-load startup.

Adjusting speed and torque by varying the frequencies of the alternating current enables precise and stepless control.

The Cat VFD allows maximum torque at start-up and evenly distributes the load between the drives at both ends of the longwall.

The system immediately reacts to a blockage or chain break with a controlled shutdown. In regular operation the speed of the AFC can be adjusted steplessly to load requirements when the plow or shearer are cutting the same direction or opposite direction of the AFC.

Also, the complete longwall can easily adjust to the capacities of the subsequent coal clearance components such as the crusher, stage loader and belt conveyor.

Since all data on power input, effective power at the drives, speed and torque are instantly available through an external encoder interface, they can be analysed instantaneously.

This again allows optimized production with reduced variability. Operating in the “green zone” most of the time, dynamically adjusting to changing production needs, avoiding standstills, and facilitating fast start-ups are the strengths of the Cat VFD.

The Cat VFD will plug into existing systems. Cat VFD drive systems are housed in separate explosion-proof cabinets, and, due to current source inverter technology (CSI), they can be installed as far as 4km from motors.

Compared to other systems that integrate VFD control into motors, they do not require additional space at the face ends. Also, unlike some other systems, the Cat VFD does not cause EMC effects such as over-voltages, reflection waves or other unwanted ground currents or network disturbances.

The company operates five longwalls at the Enlow Fork, Bailey and Harvey mines. 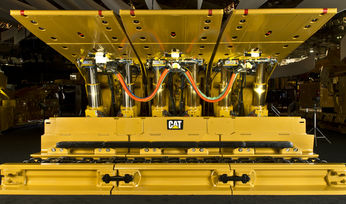 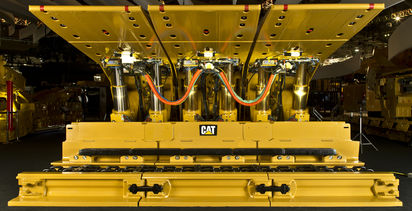