The result includes a $309 million non-cash goodwill impairment charge and, excluding other items including asset impairment and restructuring, merger related expenses, provision for regulatory costs and loss on early debt extinguishment, the net loss for the quarter falls to $123 million.

The earnings before interest, tax, depreciation and amortisation result for the second quarter was a loss of $251 million, compared with a gain of $3 million in the previous corresponding period.

Alpha finished the quarter with a total liquidity of $2.4 billion, consisting of cash, cash equivalents and marketable securities of more than $1.4 billion, which includes about 9.5 million shares in Rice Energy and nearly $1 billion under the company’s secured credit facility.

Total long-term debt, net of debt discounts and including the portion of long-term debt as of June 30, was about $3.9 billion, which includes about $154 million of senior convertible notes that mature next year.

The company used $217 million during the quarter, compared to $2 million in cash provided by operating activities for the previous corresponding period.

The final cash payment, net of insurance recoveries, of $165 million for settlement of the shareholder class action lawsuit, was part of the cash used in the quarter.

Alpha is another company that has been cruelled by the difficult coal markets.

Company chairman and CEO Kevin Crutchfield said the coal markets had been extremely challenging in the second quarter with “the metallurgical coal benchmark below $120 per tonne, API2 pricing below the break-even point for most US producers and domestic thermal pricing stagnating amid softer natural gas prices, increased imports [primarily from Colombia] and increased volumes of lower quality metallurgical coal crossing over into the thermal markets”

During the period Alpha concentrated on cutting costs in its operations.

“We are pleased that our previously announced cost initiatives are yielding good results, including multi-year lows in eastern adjusted cost of coal sales at $62.01 per [short] ton,” Crutchfield said.

“Although PRB [Powder River Basin] costs came in above our expectations, this was primarily due to rail underperformance, which continues to significantly hinder shipment volumes across all regions, especially in the PRB.

“As a result, our second quarter PRB shipment volumes were 1.5 million tons below first quarter levels.”

Alpha management had been quietly confident in the first quarter that the bottom had been reached for the metallurgical coal prices.

Sadly, prices remained sluggish and there does not appear to be any imminent catalyst for their rebound.

Thermal coal pricing has also not improved as conventional wisdom suggested might happen.

Due to the weak market conditions and uncertain geology, Alpha has decided to operate its Emerald longwall mine only through the panel in district D, which means it will likely cease production in the second half of 2015.

While this decision is expected to reduce the company’s Pittsburgh seam longwall volumes after 2015, the company is pursuing initiatives at the Cumberland mine (idled last month), to increase volumes and broaden market exposure, which should make up some of the margin loss form the higher cost Emerald longwall mine.

While Alpha continues to take tough decisions on its operations, it has continued to focus on its “Running Right” safety program. 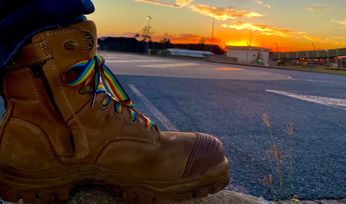 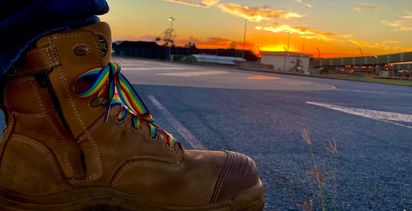