WESTERN Australian Mines and Petroleum Minister Bill Marmion has opened applications for a further $A5 million worth of exploration support.

Round 10 of the state’s exploration inventive scheme’s co-funded drilling program will help support mineral and petroleum drilling in 2015.

Applications close at 5pm on October 3 and can only be made using the Department of Mines and Petroleum’s online system.

“Supporting the resources quest in underexplored areas will help underpin our state’s economic prosperity, by laying the groundwork for the mines of tomorrow,” Marmion said.

“The scheme promotes confidence in WA’s resources sector, increases our understanding of the state’s geology and is helping to secure the future.”

Since its inception in 2009, the co-funded drilling program has offered almost $50 million in grants to more than 460 exploration projects.

The program offers refunds of up to 50% of direct drilling costs and the government said its commitment under the exploration inventive scheme was expected to reach $130 million by 2016-17.

The co-funded initiative has assisted with a number of WA’s major discoveries, including the Nova nickel, Oxley potash, Yeneena copper and Handpump and East Tropicana gold deposits.

Mines minister calls for explorers to drill into WA in latest round of incentive scheme. 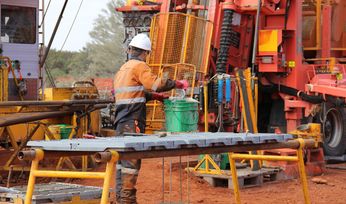 Drilling it for WA