A SENIOR figure at Canada’s Fraser Institute has warned Western Australia over complacency borne from the previous resource boom, when several flawed policies were developed that threaten the state’s future.

Announcing last week that WA would have the third highest level of economic freedom in the world after Hong Kong and Singapore if it were an independent nation, the Fraser Institute’s Michael Walker Chair of Economic Freedom Research, Fred McMahon, warned of complacency which could imperil the state’s prosperity in light of “new and great challenges”

With commodity prices likely to remain weak, and thus unable to bail WA out of future difficulties; and petrochemical prices and demand unlikely to recover to boom levels, McMahon said complacency caused by the commodities boom had allowed a number of flawed policies to be implemented or perpetuated and economically dangerous situations to develop, including labour market barriers, deficits and poorly-directed spending and potential housing market problems.

He said uncertainty over the world economy, including Europe and the economic trajectory of China, were the most important for issues both Australia and future commodity prices.

McMahon made these comments while launching the Economic Freedom of the World Index in Perth, an index which is rated from 2012 statistics (the most recent year of available data) according to the size of government; legal structures and the protection of property rights; access to sound money; free trade; and the regulation of credit, labour and business.

The United States, now a major oil producer -- and once considered a bastion of economic freedom -- now ranks 12th in the world, tied with the United Kingdom.

“The US has suffered from a weakened rule of law, the ramifications of wars on terrorism and drugs, and a confused regulatory environment,” Michael Walker, Fraser Institute senior fellow and co-founder of the Economic Freedom of the World project, said.

Some despotic countries such as North Korea and Cuba could not be ranked due to lack of data.

Somewhat ironically, given the recent ‘Umbrella Protests’ in Hong Kong, the index ranked Hong Kong as the most economically free jurisdiction.

“The link between economic freedom and prosperity is undeniable,” McMahon said.

“The most economically free countries offer the highest quality of life and personal freedoms while the lowest-ranked countries, are usually burdened by oppressive regimes that limit the freedom and opportunity of their citizens.”

However, he did acknowledge the current protests, and had a dire warning for Hong Kong.

“Hong Kong’s number one rating based on 2012 data and the ongoing protests this year highlight how much Hong Kong stands to lose if the rule of law or fair treatment of all is undermined,” McMahon said.

“This is threatened by encroaching mainland Chinese influence in Hong Kong’s legal system and attempts to impose government control on judges and their decisions –potentially turning the rule of law into a political instrument.

“This is an attack on Hong Kong’s future prosperity and international standing.” 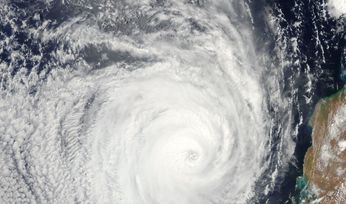 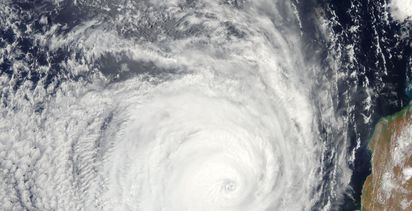