Abandoned US wells found to be leaking methane

A STUDY conducted by researchers from Princeton and Stanford Universities has found that methane may be leaking into the atmosphere from abandoned oil and gas wells across the country.

The study, which was published in the Proceedings of the National Academy of Sciences journal, is based on direct measurements of methane outflow from and near 19 abandoned oil and gas wells in Pennsylvania.

The researchers took nearly 100 measurements over the course of seven months between 2013 and 2014, finding all 19 wells to be emitting the gas, regardless of whether they were in forests, wetlands, grasslands or river areas.

Three of the wells studied were reported to be emitting methane at three times the median or midpoint rate established, with the an average of 0.27kg of methane per day reported.

"These measurements show that methane emissions from abandoned oil and gas wells can be significant," the study said.

"The research required to quantify these emissions nationally should be undertaken so they can be accurately described and included in greenhouse gas emissions inventories."

If the 19 wells examined are typical of the overall situation in Pennsylvania, abandoned wells could account for 4% to 7% of methane emissions in the state, the study said.

According to Reuters, the US Environmental Protection Agency is considering mandatory standards for reducing methane emissions from the oil and gas sector as part of President Barack Obama’s climate action plan. 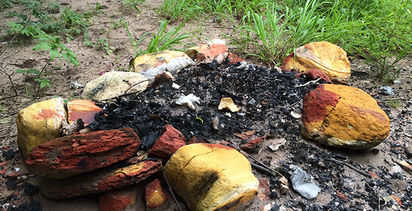