AUSTRALIA faces a dramatic downturn in exploration, and eventually new production, if industry and regulators don't work together to enable the acceleration of Australia' resources.

Speaking at the Petroleum Exploration Society of Australia annual review at this week's APPEA conference in Melbourne, PESA's Peter Stickland said that while almost $4 billion was spent on drilling last year – $3.3 billion offshore and $1.4 billion – that resulted in just 78 wells.

Of those wells, 22 were drilled offshore, an increase from 2013 but half the level seen decade ago, an indication of the increasing capital expenditure needed to drill an offshore well, which can now cost more than $100 million per well.

Worse, while 19 new permits were released by the Commonwealth in 2014, just three commitment wells were bid as part of the process, down from eight in 2013.

It suggests within the next two to three years exploration will slump, and that could have a flow-on impact for future production.

Demand for acreage was brisk in Queensland with 17 onshore permits awarded, followed by four onshore and four offshore permits in Western Australia, six permits in South Australia, four permit awards in the Northern Territory and a single permit in Tasmania to shale explorer Petratherm.

Victoria and New South Wales lagged behind, despite the proven prospectivity of the sales with no permits in the onshore areas, and two shallow water coastal blocks in Victoria awarded to Lakes Oil.

The picture for seismic doesn't bode well either, despite some massive seismic shoots in the Bight Basin and North West Shelf in recent years.

Offshore the amount of 2D seismic shot dipped as the industry favoured new 3D surveys, however the amount on onshore 3D and 2D seismic fell, an indicator that fewer prospects will be generated in the next few years outside the Canning and Cooper basins.

Looking across the nation, the onshore Perth Basin and offshore Browse and Carnarvon basins continue to be the premier exploration destinations, although the new lower Triassic Phoenix South-1 oil discovery in the frontier Roebuck Basin was a potential play opener, more than making up for Woodside Petroleum's costly and disappointing Outer Canning deepwater dusters.

Stickland said the Browse “continues to be a good hunting ground gas” with discoveries by Santos as Lasseter-1 and ConocoPhillips' Poseidon North and Pharos discoveries.

In the prolific Carnarvon Basin there were 11 wells drilled with at least five disclosed discoveries, including Apache Energy's Black Chook-1 new oil pool in the Balnaves field, now part of Woodside's holdings.

The Senecio-3 Waitsia conventional discovery, the Drover-1 unconventional well and Key Petroleum's Dunnart-2 oil discovery, all made within what is considered to be a reasonably mature basin, speak to the benefits of new ideas being applied to old areas.

The same could be said of Australia's premier basin, the Cooper, where 35 of the 56 onshore wells were drilled, mostly for oil on the Western Flank, with a high degree of success.

And, while the unconventional chase seems to have slowed, Stickland said it was telling that there were speculative wells chasing shale and tight resources across seven basins, with a number of interesting results, including the 1000m of shows in Beach Energy's Cullen-1 in the onshore Bonaparte Basin and Santos' Tanumbirini-1 in the heart of the Beetaloo Basin, with more than 500m of gas shows recorded.

Drilling in the NT's Southern Georgina Basin was a “mixed bag”, and work in the frontier Arckaringa Basin in central SA was similarly disappointing.

In all, Stickland said industry and government should be concerned at the cost of exploration in Australia, and for the good of the nation they needed to work together to tackle the declining commitment levels. 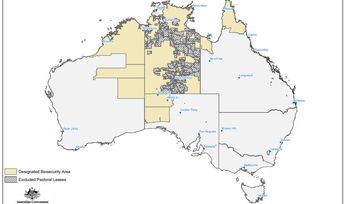 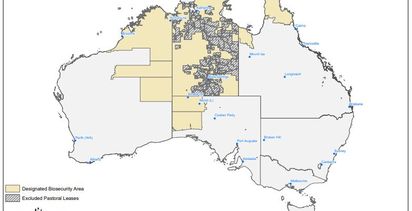