AUSTRALIA’S reputation as a destination to spend exploration dollars may largely rest in its big gas potential, but with the average oil pool discovery around 10 million barrels, on par with anywhere else in the world, there are plenty of options on offer for hydrocarbon hunters.

Speaking at last week's APPEA conference in Melbourne, IHS senior director of upstream research and consulting in the Asia-Pacific Dylan Mair described the state of play in Australia at the start of the 21st Century as being very much tied to the global demand for gas, with companies looking to further develop their existing opportunities, shifting the focus on oil exploration in the 1980s and 1990s towards the search for big gas.

Statistically, these explorers have a “fair chance” of drilling success in more mature areas, and once made there is a good chance of developing the resources, given Australia's legal framework, proximity to markets and its low above ground risks, he said.

Companies such as Chevron Corporation, BP, Eni and ConocoPhillips are all established, while Hess, Statoil and Murphy Oil are “dipping a toe in the water”, trying to develop new core areas.

Australia is one of the few places in the world where the exploration potential for 150MMboe pools, the size needed to underpin new LNG projects, is high.

The potential for discoveries that size narrows down Australia's competition, Mair said, as does its increasing options for LNG exports.

Australia offers both the scale and exposure needed for strategic upside, with an area like the Browse Basin especially attractive in terms of potential volumes, although the cost of entry is on the high side given labour and deepwater drilling costs, and paybacks can be slow given the timescales needed to develop exploration models, drill and appraise discoveries, and then develop a project can take more than a decade.

That could change, given Woodside took its Pluto LNG project from discovery in 2005 to first production just seven years later, and the take-up of LNG projects.

Mair said Australia could be a tough place to go for a new entrant, but the chances of success were high, with a likely discovery within five wells, although net margins were fairly poor.

Still, hydrocarbon access was attractive with key basins like the Bonaparte and Browse having plenty of space to move.

Australia had done “incredibly well” in asset availability, with the nation leading the world in acreage releases, ahead of Russia, although well density can be poor.

Above-ground risk in Australia was good, with Australia ranked four out of 131 nations despite serious issues in Victoria and New South Wales that had effectively killed onshore exploration in those states.

“Economic areas are certainly a big challenge,” Mair said, given the government take was high, which left Australia at risk of becoming less attractive, as nations such as Mexico opened up and sought to attract new explorers.

Beyond big gas, Australia's small local firms are looking for plays that won't break the bank, where it might get a payback in a decade.

They offer niche expertise, but are less tolerant to dry wells.

Entry costs to enter the Cooper-Eromanga Basin are modest, and while discoveries can be small and margins thin, payback is quick and risk lower.

Frontier areas can be expensive to explore, with sparse well data and land access issues, so wildcat wells without early success can effectively sterilise an area until the next uptick in the cycle.

Shale exploration in Australia is lagging, with only two dozen dedicated wells drilled.

While the scale of emerging areas such as the southern Georgina or Cooper basins look good on paper, they are still to be proven commercial and early stage upsets are seeing companies such as Statoil's disappointing five-well program causing it to bail out.

Companies with early positions, who stick to it, stood a good chance of reaping some rewards, Mair said.

After all, no shale play in the world has proven to be easy to unlock.

“Most discoveries have been near-field exploration, and Australia has not proven to be adventurous to step out, and drillers are focused on structural traps, whereas the rest of the world has started to focus on structural/stratigraphic targets, all of which are yet to be fully explored,” Mair said.

Mair said exploration may taper severely in Australia over the next few years given so many wells being bid in acreage releases are optional, not commitment wells.

The survey mapped geology to a depth of 300m beneath the Earth's surface. 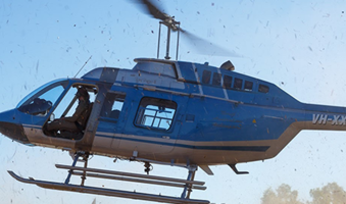 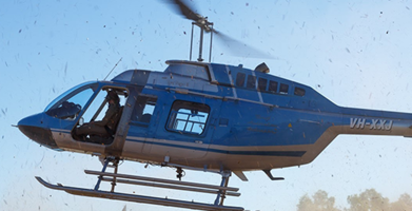