MONADELPHOUS Group’s role in developing the $2.6 billion Wiggins Island Coal Export Terminal in Queensland is set to wind up in the Supreme Court, the first legal entanglement for the construction firm in 25 years.

The company, through an unincorporated 50:50 joint venture the Monadelphous Muhibbah Marine JV with Malaysia’s Muhibbah Construction, has had a claim lodged against it by Wiggins Island Coal Export Terminal Pty Ltd.

Work under the contracts is complete and MMM has been granted practical completion.

First flagged in December, the issues with the $330 million worth of contracts involved construction of offshore plant and infrastructure with a 1.8km approach jetty and transfer tower platform, wharf, wharf conveyor including the drive and take up tower, berthing and mooring dolphins, ship access platforms, jetty conveyor and transfer.

The WICET project was originally expected to be completed in the first quarter of 2014 but only made its first shipment of 73,000 tonnes of coal in April.

After two years onsite, during which time the JV substantially completed the work, owners of the project decided to dispute a number of claims lodged relating to changes in the scope and nature of the works that were needed for the export terminal.

MMM has already received successful adjudication from the Building and Construction Industry Payment Agency for payments relating to the contracts totalling about $90 million and expects to lodge further claims as it expects WICET will continue to reject future submitted progress claims.

WICET is claiming about $130 million, net of the proceeds of bank guarantees plus general damages, interest and costs, in which it seeks to recover monies, the majority of which include those paid to MMM under BCIPA and variations previously approved by WICET.

Monadelphous rejects WICET’s claim and will pursue a counterclaim through MMM in excess of $200 million to recover costs associated with changes in scope and nature of the works required to be completed, and the value of bank guarantees it says were improperly drawn down, at least $20 million.

The engineering firm believes MMM has good grounds for making such claims.

“We are very confident that we have met our customer’s requirements, which is something our 4500 employees have been consistently doing for the past quarter of a century,” he said.

“Despite our best efforts to resolve all outstanding issues with WICET, and considering that we have previously received successful adjudication from BCIPA in respect of many of these issues, we believe WICET’s actions in filing such a claim are unwarranted.

“This is an unusual and non-preferred situation for Monadelphous given our traditional partnership approach with clients, but we are confident of our position and we will stand our ground, supported by a strong balance sheet.”

Monadelphous does not believe the legal actions will have a material impact on the overall earnings of the company for the year ending June 2015.

Junior miner Bandanna Energy was in the mix before being placed in administration earlier this year due to the plunge in global coal prices.

Monadelphous is entangled in a legal stoush over the $2.6 billion Wiggins Island Coal Export Terminal... 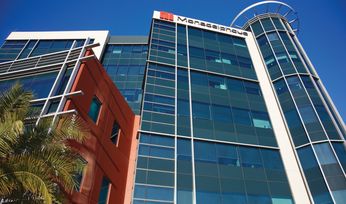 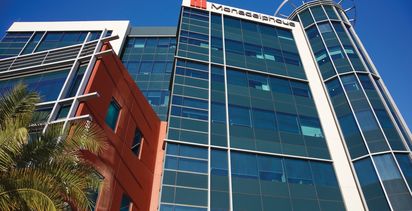