DESPITE depressed coal prices Allegiance Coal remains hopeful that its partner, the state-owned Japan Oil, Gas and Metals National Corporation, will move into the second phase of the earn-in of the stripped back Kilmain coal project in Queensland’s Bowen Basin once the results of last year’s drilling are assessed.

JOGMEC and Allegiance completed the stage one program last year, drilling three coreholes and using the available data to reduce the focus of the Kilmain project to just two permits, EPC 1298 and EPC 1917, covering a total 56sq.km.

Together with seismic and other ground surveys, and information secured via a data swap arrangement with Bandanna Energy’s neighbouring Arcturus project to help it better understand the deep coal seams, the partners are assessing the project and preparing a work report.

That should feed into JOGMEC’s decision on any stage two program.

Kilmain, which is 85km southeast of Emerald and 12km west of the Rolleston rail line, is adjacent to the BHP Mitsubishi Alliance’s BMA Togara South project and Bandanna’s Arcturus and Springsure Creek projects, so have already been partially assessed by proxy.

The project has an exploration target of 100-200 million tonnes of coking/PCI/thermal coals in the Rangal Coal Measures, which would be developed using underground mining methods.

JOGMEC joined the project last August and will provide up to $3 million of exploration expenditure as part of a three-stage earn-in of a 40% interest.

JOGMEC can eventually assign that interest to a Japanese nominee company in the future, in order to progress the project to development.

Kilmain and a single Surat Basin permit at Back Creek (EPC 1297) are now Allegiance’s sole interests after it moved to relinquish more than a dozen other permits for a lack of prospectivity in current coal price environments and as part of a cost control program.

Back Creak contains a JORC inferred resource of 98Mt, however needs infrastructure to come closer to the mine.

Allegiance says it now has minimum expenditure as the potential for JV partners to take the project forward is assessed.

Killara has cash on hand of $1.6 million and loans owning to Gullewa Ltd and C Randall and Associates of around $1.8 million which are due on September 30, however if it lacks sufficient cash to cover 12 months of operations it can delays until June 30, 2017 at the latest.

C Randall and Associates is the private company of managing director Colin Randall, while Gullewa is Allegiance’s parent company, from which it was spun-out in 2011 with the Kilmain and Back Creek projects.

Both Allegiance and Gullewa are chaired by veteran explorer Tony Howland-Rose, who was chair of Tasmanian nickel miner Allegiance Mining until it was taken over by Zinefix in 2008 for almost $900 million.

If developed, the project will be the first major project in the remote desert region. 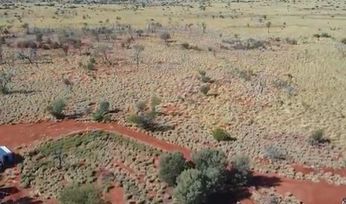 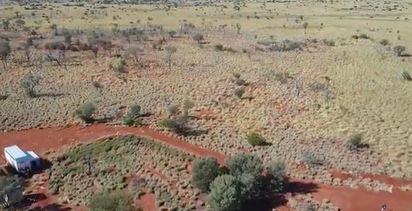