BECHTEL has conceded its handling of the saga of its deputy site manager cancelling leave to attend an anti-China Australia Free Trade Agreement rally on Monday “could have been better” following a federal court hearing last week.

The Electrical Trades Union jubilantly declared on Thursday evening that Bechtel employees had their leave cancellations on the day of the ChAFTA rally reversed at the hearing.

The ETU said that in a statement read into the court record, Bechtel agreed to remove the ban on leave and to

approve the leave of all workers who had requested it by 4pm for the day of the rally, provided they had leave available and their presence was not crucial to the operation of the project.

It is understood that more than 250 workers submitted applications by the deadline.

ETU national secretary Allen Hicks said the decision served as a warning to employers who might seek to curtail their workers’ activities outside of work.

While the urgent hearing occurred on Thursday afternoon at 2.30pm Brisbane time, the substantive matters of the case will be heard on August 24.

While the ETU’s national office filed an application Wednesday afternoon for an urgent hearing in the federal court seeking to have a ban on worker participation in the protest lifted, Bechtel told Energy News that there was no such “blanket ban”.

The court action was triggered by a now-infamous email from Bechtel’s Gladstone LNG deputy site manager Rod Beach to the company’s “Supervision” which was leaked.

“We understand our communication with respect to approval of leave could have been better in this instance on one of our projects and we have agreed with the union to provide more clarity to employees on that project by providing a written confirmation to all those who have approval to take leave on August 17.

“Our approvals process is designed to keep the workplace staffed to meet our operational requirements. Our approach to managing leave requests remains the same as any other work day.”

However, it was feared that there could be a “chilling effect” produced by the email’s fall-out, with people potentially not attending the rally for fear of the consequences.

“Five unions are planning a protest march nationwide on Monday August 17 in protest over the China free trade agreement and concerns relating to importation of cheap labour to Australian shores,” Beach said in his email dated August 7.

“In the best interests of the GLNG project we do not sanction or authorise any such activity, require normal full attendance to get stuff done and accordingly any RDO or leave request for this day outside of those employee scheduled to take an RDO is to be denied,” Beach said in his email.

“Note also that four and one rostered non-locals and locals shouldn’t be requesting RDO’s outside of their R&R anyway.

“All previous requests that you have already approved for this day have since been unapproved by me.”

The ETU told Energy News that its members have verified the email as being genuine.

Just before the case was heard on Thursday afternoon, Berg told Energy News that the company “has never had a position in relation to the China Free Trade Agreement”

“There is no blanket ban,” Berg said.

“We understand there is some confusion in how this has been communicated on one of the projects, and we will be taking steps in the next 24 hours to ensure this is clarified with our employees.”

“This agreement represents a significant threat to the conditions and safety of workers at Bechtel and elsewhere,” Hicks said.

“It undermines their wages, weakens their workplace safety, and enables companies to exploit guest workers.

“The company must not be allowed to prevent them expressing their concerns.”

Meanwhile, the ETU joined a union-organised rally in Brisbane’s CBD Thursday outside the Joint Community on Treaties Hearing, calling for “anti-worker elements” of the China Australia Free Trade Agreement to be removed.

In a resolution moved at the rally, ETU Queensland and NT state secretary Peter Simpson recognised the importance of an economic relationship with China to Australia’s future prosperity, but described the agreement as it stood as being “not in the national interest”

Specifically, the unions are concerned the agreement takes away employment opportunities for domestic workers; erodes industrial safety standards; exposes future governments to litigation; places unprecedented power in the hands of corporations, at the expense of Australian sovereignty; and impedes future governments to legislate in the interest of the country. 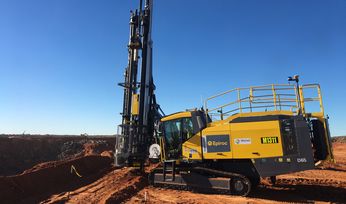 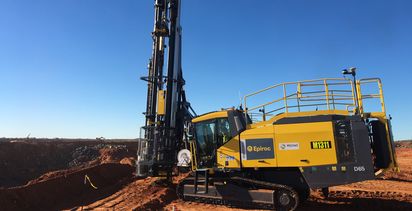