TPP to benefit supply side

The agreement will remove or reduce tariffs on minerals and energy exports and mining equipment and reduce restrictions on provision of consulting, research and development, engineering, environmental and technical services.

“The changes to the investment thresholds will open Australia to new sources of capital, which has been essential to the nation's economic growth and development,” Pearson said.

“The change to investment thresholds in Canada and greater transparency and stability in tax and investment rules in Vietnam and Malaysia will boost investor confidence.

The TPP is the single biggest global trade deal of the past twenty years, reaching almost half of global trade and 70$ of Australia's exports and imports, and Pearson said it would provide a competitive advantage to its members through lower barriers to trade.

“It will stand as a challenge to the rest of the world to continue pursing reform of global trade,” he said.

HSBC’s Australia CEO Tony Cripps said the TPP would be the most significant regional trade pact to reduce trade barriers and market access for service providers, which is expected to be a coup for advanced TPP economies like Australia, Singapore and the US who boast sophisticated engineering, healthcare, financial services, and resources sectors.

“Traditionally, trade barriers have been the highest in the services sector, particularly in Asia, so a deal of this magnitude that lifts such barriers can yield significant benefits for Australian companies. Indeed, services make up the lion’s share (73%) of Australia’s GDP – so if used properly the upside is material,” Cripps said.

The commercial benefits of the TPP extend beyond trade to investment flows. Five out of the 11 of the markets in the TPP are in the top 10 destinations for Australian investment.

“With the trade pact reducing the foreign investment barriers amongst TPP economies, a greater share of regional capital flows will ultimately head to our shores over the next decade,” Cripps said.

“This is a boon for Australia as offshore capital is an important source of funding for productive investment and growth.”

Meanwhile, thE Northern Territory’s government is licking its lips after the Trans-Pacific Partnership Agreement was signed yesterday in Washington, meeting with Ichthys operator Inpex in Tokyo today to discuss further opportunities.

The TPP will eliminate 98% of all tariffs on everything from beef, dairy, wine, sugar, rice, horticulture and seafood through to manufactured goods, resources and energy.

The TPP is designed to enhance Australia’s competitiveness; promote growth, job creation and higher living standards. Each country involved will now need to ratify the treaty in their respective parliaments.

NT Minister for Asian Engagement and Trade Peter Styles’ delegation will spend the day in Tokyo today meeting with representatives of the Japanese Government and conducting further talks with Inpex.

The government believes the biggest global trade agreement in two decades will establish more seamless trade and investment processes across 12 countries and in turn promises to provide a significant investment boost to the Northern Territory.

Styles said the deal would provide added interest in next month’s business development forum in Darwin which will include Santos, Mitsubishi, Sumitomo Mitsui, Itochu, Inpex and Marubeni.

The TPP-11 agreement would open access to new markets for Australian exporters, the MCA claim. 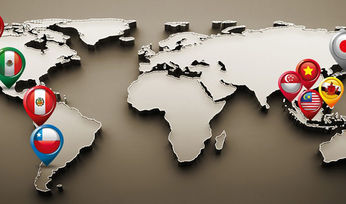 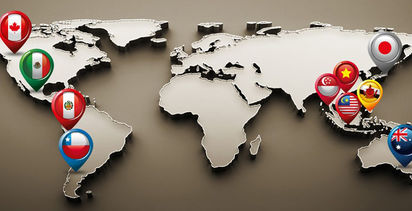