A CORONIAL inquest has been held in Queensland into the death of 39-year-old concreter Glenn Richard Newport, who was working to build a new pipeline to support the Gladstone LNG projects in 2013.

The two-day inquest was held last week, and considered whether the extremely hot conditions Newport was working on contributed to his death.

His family told the ABC they wanted to see new workplace rules in Queensland, which lacked the same trigger points for high temperatures that allow workers to down tools.

"In Queensland we don't have a stop work temperature they just work all day, if its 40, 50, 60 degrees they keep going," brother-in-law Dennis Edwards told the ABC.

Coroner John Hutton heard that the man became unwell while working on the CSG pipeline near Roma.

The court heard he was treated by paramedics at the work camp site and released to go back to his room, but later that night he collapsed at the camp.

In the ambulance on the way to Roma Hospital he had a heart attack and died.

The cause of his death is still unclear and an inquest was held at Brisbane on Thursday and Friday.

The nurse and paramedic who assessed him at the camp said Newport was dehydrated, based on urine samples, so they gave him water to drink.

The inquest findings are expected to be delivered sometime early next year.

The worker was crushed by a corroded gantry bridge. 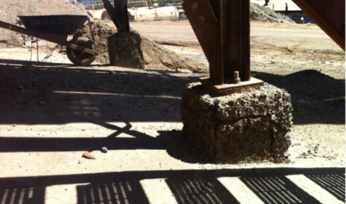 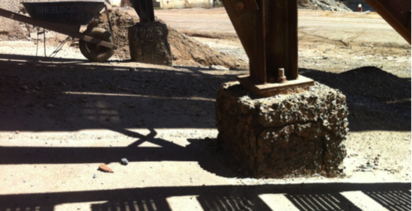 Worker dies at Nova mine