FRESH from the UK Task Force on Shale Gas urging the country to facilitate drilling to help operators build an investment case to get the industry going, the government yesterday offered 159 onshore blocks to be incorporated into 93 onshore licenses, including 16 blocks for Cuadrilla Resources.

Anglo-Australian UK shale explorer Cuadrilla, which is 45% owned by Australia’s AJ Lucas, has been offered a the licences in the Cleveland Basin, East Yorkshire, and Gainsborough Trough in South Yorkshire.

Seven of the seven Cleveland Basin licences were awarded in joint venture with Engie (30%), and the balance are 100% Cuardrilla.

The licence offers are part of the UK Government's 14th Landward Licensing Round, and are in addition to the two onshore exploration licences in Yorkshire’s South Cleveland Basin and Gainsborough Trough offered to Cuadrilla in August.

All the licences total some 1274sq.km in area.

The UK’s oil and gas regulatory, the Oil & Gas Authority, said that while a petroleum exploration and development license does not give any permission to start operations, it grants the licensee exclusivity over an area of land for onshore hydrocarbon exploration, appraisal and extraction.

That exclusivity applies both to conventional and unconventional operations, and the government says it has now build up a “robust” regulatory system to ensure any such operations will be done safely in a way that protects the environment, despite persistent opposition to the UK’s nascent shale industry.

Opponents warn that it could open up swathes of countryside to exploitation, including the North York Moors, the Peak District and Exmoor national parks.

“Areas of outstanding natural beauty” where shale exploration can take place are the Forest of Bowland, in Lancashire and North Yorkshire, the Lincolnshire Wolds, Dorset, Cranborne Chase in southern England and the Howardian Hills in Yorkshire.

UK Onshore Oil and Gas CEO Ken Cronin said the permit awards move would help the UK compete globally and prevent it relying so much in imports, particularly from Russia – a problem much of western Europe faces.

“We need to ensure that the 84% of our homes that use gas for heating can continue to do so and that the 30% of electricity produced by gas can be met using UK sources,” Cronin said.

“This round enables a significant amount of the UK’s shale prospects to be taken forward to be explored and tested,” he said.

“Upon acceptance of these offers, applicants will be issued with licences and will be able to begin planning their future strategies for exploration activities. These will be subject to further local planning, safety, environmental and other authorisations.”

Energy minister Andrea Leadsom said the government had just last month set out the “vital role” gas would play in the UK’s transition to a low-carbon future.

“The licences offered today move us a step closer – driving forwards this industry which will provide secure, home grown energy to hardworking families and businesses for decades to come.

“Alongside conventional drilling sites, we need to get shale gas moving. As the Task Force for Shale Gas report found earlier this week, with the right standards in place fracking can take place safely. Now is the time to press ahead and get exploration underway so that we can determine how much shale gas there is and how much we can use.”

Position Partners to distribute sensors made by Soil Instruments. 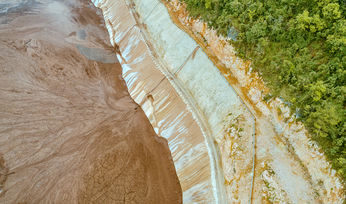 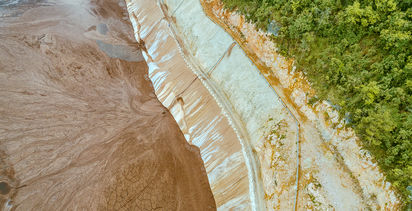