This follows Northern Railways receiving its Construction License for the Erdenet to Ovoot Railway from the Mongolian Government on 1 December 2015.

The negotiations also included some re-design and re-engineering by Northern Railways to accommodate a rail route into the city of Erdenet that would avoid significant relocation of established infrastructure and competing land uses.

The rail route and the point of connection to the UBTZ Railway at Erdenet have now been agreed between UBTZ, the Ministry of Roads and Transportation and Northern Railways.

The route into Erdenet avoids existing infrastructure and provides a buffer of at least 1 km from existing housing.

UBTZ is the Mongolian Russian Joint Venture which owns and manages existing rail services in Mongolia.

The amendments to the design of the railway to deal with the competing needs of the Egin Golin Hydro Project took additional time but have now been resolved by a joint government and Northern Rail Commission with a relatively minor change to the Erdenet to Ovoot Railway alignment, according to Aspire.

However, there can be no certainty that these negotiations will result in the provision of the necessary funding required to take the Erdenet to Ovoot Rail Project to final funding drawdown, it said.

The Rail Project spans 547km and forms part of Mongolia’s Rail Policy to provide rail access to its northern provinces through the extension of its existing rail network from Erdenet to the Russian/Mongolian border at Arts Suuri with a Russian connection planned to Kyzyl. 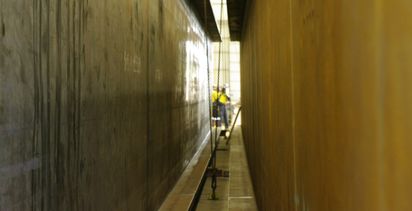 Yabulu working on the railroad