Revenue down but trials continue

BRIQUETTING trials on coal fines sourced from Mountainside Coal Company’s coal wash plant in the US will continue at parent company White Energy’s Cessnock Demonstration Plant in New South Wales and management is investigating other alternative processes to upgrade the coal fines to a higher-value product.

The decision to continue trials comes as Mountainside reported $US4.3 million in coal sales revenues during the June 2016 quarter.

Revenues from the Mountainside Coal mines in Kentucky during the quarter were impacted by lower volumes and yields of low ash stoker coal from the Flat Creek mine in April and May.

Highwall mining operations were suspended in May as elevated iron levels were encountered in intermittent pockets of the resource, which meant the coal produced from the affected area was unsuitable for sale as a premium silica-grade stoker coal.

In June, highwall mining resumed at a new section of the Flat Creek mine and production of the high quality Blue Gem coal has recommenced.

Revenues were also impacted by ongoing low prices for coal fines generated from the production of the stoker coal and by relatively high inventory levels at the end of the June resulting from timing of shipments to customers.

In June, Mountainside Coal secured an initial increase in the sales price of the high quality, low ash stoker coal. It can supply up to 13,000 short tons per month under the current contract.

The mine plan for coming months will focus on increasing production volumes towards this target in the most cost-effective manner and to replace production from the declining Flat Creek mine, which is now expected to be exhausted by October.

“Management continued to implement cost reduction initiatives during the quarter and is working to improve the financial performance of the mines,” White Energy said. 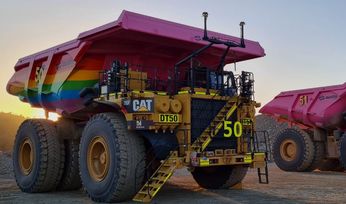 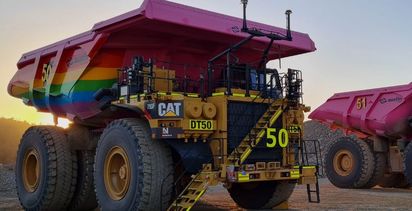 Revenue up despite tough year for MLG Oz