A NEW jetting technology will be rolled out across the Australian oil and gas industry over coming months that is claimed to be environmentally safe and should answer some of the issues raised by activists groups.

The roll-out has been enabled after a merger between technology group Coal Bed Methane Innovations and Texas-based Zero Radius Laterals.

ZRL and the spin-off of the Australian government’s Centre for Co-operative Research into Mining, to be known as V2H International, aims to be the world’s leading water jet technology company and plans to expand internationally through partnerships and licensing agreements with major oil and gas producers.

The patented technology owned by V2H has been under development for a number of years and has application on both surface and underground operations, as well as in the CSG industry.

More than $40 million to date has been spent developing the technology and in Australia, successful field trials have been completed by BHP and Peabody Energy.

The technology replaces traditional drill heads with a high-pressure water system that can rapidly install extensive patterns of lateral radial boreholes into multiple coal seams from a vertical production well.

The speed and steering capabilities means more gas can be drained from each well and all laterals are steered in-seam to maximise drainage efficiency.

For producers the technology has the capacity to dramatically lower capital and operational expenditure, increase well recoverability and lower environmental impacts.

After successful trials and operational crew training in the United States in recent weeks the first V2H system arrived in Sydney in June and will be deployed by the company’s local subsidiary V2H Australia in the coming weeks.

V2H International CEO Darren Rice said the completion of the merger and the success of the testing program in the United States would allow the company to begin rolling out the technology on a commercial basis.

“The technology has applications across a variety oil and gas drilling operations, but we see a particular opportunity to compete against and possibly replace hydraulic fracturing in the CSG industry because of its low environmental impacts,” he said.

V2H is negotiating with a number of Australian oil and gas producers in Australia to deploy V2H as a workover technology on existing wells that have already been drilled to recover considerably more of the oil and gas that is in place than is currently being produced.

CRCMining says the V2H technology is ‘green’ with no fluid or chemical additives need to be added, and the system can drill with recycled produced water, a by-product of CSG production that has caused some concerns in the community.

V2H also claims its system can see a reduction in total number of wells required, with enhanced production due to multiple coal seams being accessible from a single vertical well pad, not only keeping costs constrained, but reducing impacts on landholders with less disruption and less

V2H is also an enabler in some geological locations where there is currently no economic means of recovery, the company said.

CRCMining chief operating officer Kevin Greenwood said the new technology had been developed with the aid of BHP Billion, a major coal concern in the east coast and an unconventional oil and gas player in the US.

Rice said the technology had the potential to revolutionise oil and gas markets around the world.

“It’s been a two year journey since I originally identified the value opportunity in merging the complementary technologies of the two companies. We are all very pleased with the outcome and look forward to developing the business going forward,” he said.

He said V2H aimed to use it superior environmental and technical benefits to re-energise the Australian oil and gas sector.

“Due to a range of factors there have been no wells drilled in the Australian oil and gas industry this year; this puts the future cost of energy under intense pressure,” he said.

“Where environmental or commercial issues are the concern, we think we have found the solution.” 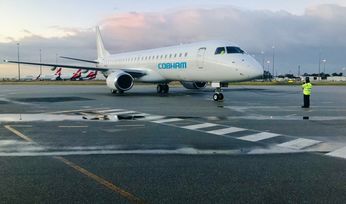 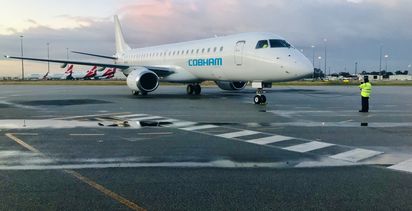