MACARTHUR Coal’s run of mine production dipped 8% year-on-year in the September quarter as unexpected heavy rainfall and unplanned maintenance bogged down operations.

But saleable coal production was down only 1% year on year to 1.3Mt as Macarthur drew down on its stockpiles.

Overburden removal rates actually improved at Coppabella compared to the September quarter of last year, when the mine conducted maintenance of its dragline and decommissioned other equipment during the murky days of the global financial crisis.

Total overburden removed at Coppabella in the recent quarter was 9.95 million bank cubic metres, up 68.5% year on-year, with the dragline working nonstop along with an additional excavator and associated truck fleet.

The Moorvale mine was more affected by the unexpected heavy rainfall in August and September, plus unplanned maintenance, with overburden removal falling 18% year on year.

Macarthur started work in the September quarter to improve water management at both mines in the lead-up to the official wet season in summer.

Macarthur spent $3.4 million on exploration in the recent quarter with six rigs in operation.

Drilling was mainly focused around the Willunga project 45 kilometres southeast of Macarthur’s Middlemount mine, plus a large-scale program started up at its Monto project in the state.

Other resource drilling took place at the Olive Downs North and South project areas and at the West Rolleston and Moorvale projects.

Macarthur aims to kick off stage 2 development of the mine in mid-2011 and a draft environmental impact statement is expected to be released for public comment within the next two months.

Bulk earthworks for future site infrastructure were almost completed in the recent quarter while the wash plant was advanced enough to process first coal last month. There will be further testing and processing during the rest of this calendar year.

The rail spur began construction last month after this project received council approval, and is expected to be complete in the latter half of 2011.

Macarthur has also stitched up a long-term take or pay contract with Pacific National to haul 3Mtpa from the mine to the expanded Abbot Point Coal Terminal.

The leading PCI coal exporter said the Goonyella-Abbot Point expansion project was on track with the rail link due for completion by 2012 in time to export Middlemount’s coal through the Abbot Point terminal.

Production wash out for Blackham 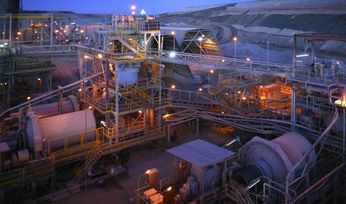 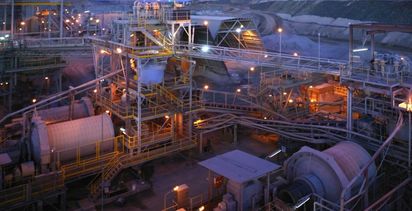