SIXTEEN mine rescue teams from around the world are going through their acclimatisation process after last night’s official launch of the seventh International Mines Rescue Competition in Wollongong. 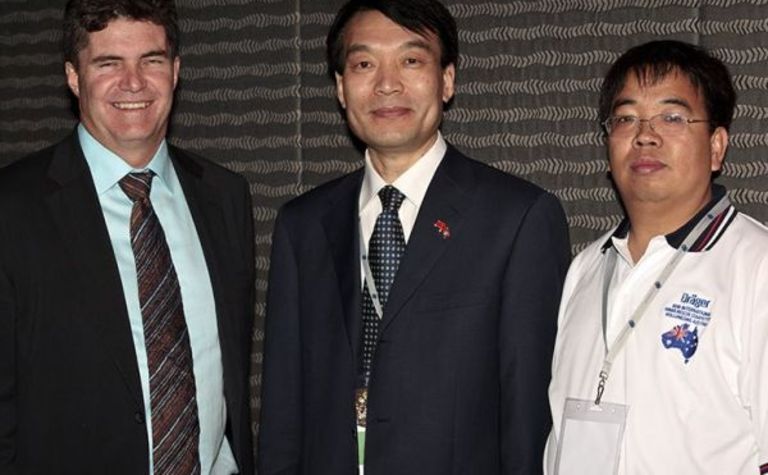 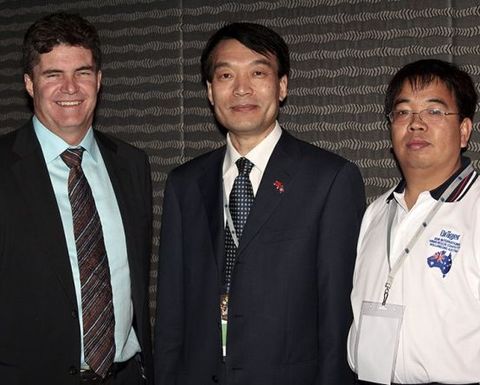 NSW Minister for Mineral Resources Steve Whan with members of the Chinese delegation at the launch of the International Mines Rescue Competitition.

The competitors will have the day to familiarise themselves with the virtual reality training facilities at the Southern Mines Rescue Station at Woonona, near Wollongong.

As part of the competition, teams will be briefed on an underground incident and supplied with information on conditions, the incident and their task, which could be anything from conducting a search to taking ventilation readings, firefighting and rescuing the injured.

The competition is being conducted by the New South Wales Mines Rescue Service, which gave vital advice to the Chilean government in the early stages of the rescue of the 33 miners trapped 7 kilometres underground in a winding gold and copper mine.

“The recent events in Chile highlight the importance of sound, capable mine emergency response personnel, who are well equipped to deal with critical tasks under pressure,” said NSW Minister for Mineral Resources Steve Whan, who launched the event.

“Mine safety is an absolute priority for the New South Wales government and this is a great way to highlight its importance.

“Every miner has the right to return home safely to their family from every shift.

“The Mines Rescue Service also played a pivotal role in the 2006 Beaconsfield mine rescue so it’s great to see these world leaders bringing their expertise to Wollongong for the competition.”

The competitive component of the event, which will take place on November 11-12, has brought teams from the USA, Russia, Poland, Ukraine, China and India, as well as from NSW and Queensland, along with observers from the UK, Kazakhstan and Vietnam.

“This is an extraordinary opportunity to showcase Australia as world leaders in mine safety excellence,” Whan said.

“It is designed to test the skills of mines rescue competitors involving simulation of real events in an underground coal mine as well as using high-tech virtual reality facilities.

“New South Wales’ mining industry leads the world’s mining industry in safety and accident/incident prevention, so I am looking forward to seeing how we fare in the competition.” 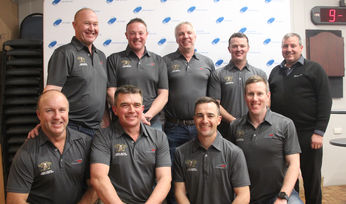 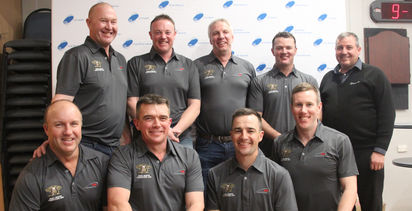