Teaming up for safety

THE Upper Big Branch disaster has put a focus on the dire need for the US coal industry to find an industry-wide world-class safety and health solution. 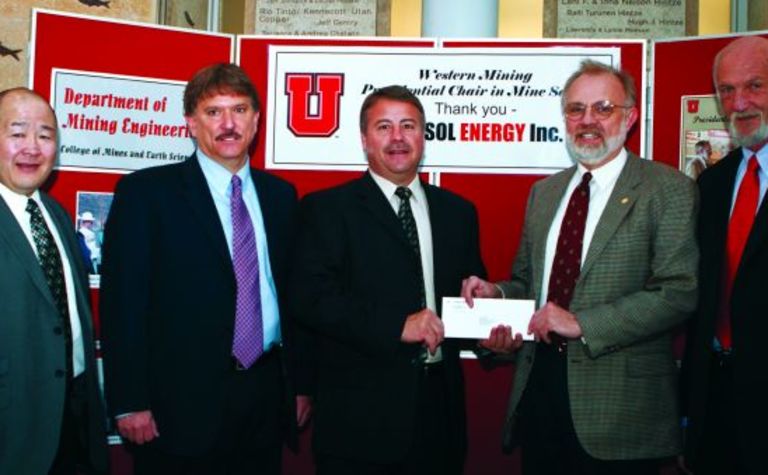 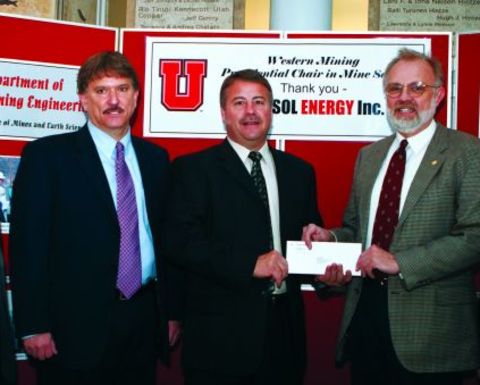 While accidents and fatalities in the US mining industry have decreased dramatically since the introduction of federal legislation 40 years ago, accidents still occur. And not just the occasional single fatality.

The US coal industry is marred by major mine disasters, including the devastating Upper Big Branch explosion where 29 miners lost their lives this year and the Crandall Canyon event outside Price in 2007 where nine were killed.

One solution being proffered up and backed by some of the bigger players in the US mining industry is the recently established Western Mining Presidential Chair in Mine Safety, run out of the University of Utah’s Mining Engineering Department.

Established last year with contributions from Consol Energy and Barrick Gold North America, donations have since been received from Rio Tinto Kennecott, Rocky Mountain Power, Arch Coal, Intermountain Electronics, John T Boyd and alumni of the Mining Engineering Department. Consol also recently kicked in an additional $250,000, bringing endowment to about $1.1 million. The university hopes to have more than $1.5 million in the kitty by 2012.

The university will use the money to establish a center for safety and health in the mining industry.

“In the last 20 years, other hazardous industries have developed and implemented modern safety management systems that have dramatically decreased accidents and fatalities. Unfortunately, there is a clear lack of consensus in the industry regarding what is required to produce consistent world-class safety and health performance and sustainable profitability,” the University of Utah’s Department of Mining Engineering associate professor and chair, Mike Nelson, stated in his proposal for the center.

“Advancements in loss control in the US mining industry have been characterized by an overriding emphasis on regulatory compliance under the Mine Safety andHealth Administration. While this has resulted in wholesale improvements in safety performance, MSHA regulations are not a management system (universally recognized as one of the key elements to world-class).”

Nelson said a center would allow the university to take a lead in developing, communicating and implementing modern safety and health management systems.

“It will also allow the university to attract graduate and undergraduate students who wish to specialize in mine safety, for which there is a significant need. It is expected that, within a few years of its creation, the center will become self-supporting, through its consulting and training functions,” Nelson said.

“The approach will be proactive, rather than reactive, emphasizing a cooperative approach to safety risk management among companies, unions, and government agencies,” he told Coal USA.

While some elements of the mining industry have similar programs, such as Consol with its “Absolute Zero” program, Nelson said it was not clear even among the highly committed companies if non-regulatory based programs would prove effective in producing results that are differentiated from the more traditional regulatory-based approach.

“Less progressive segments of the mining industry still operate in an earlier style, best characterized as adversarial, in which the government promulgates and enforces, and the industry objects to and resists, regulations and practices for safe operation,” he said.

“The center will be led by an individual with this perspective and experience, as well as practical understanding of the industry.”

This individual was yet to be appointed at time of print, but Nelson said the department would soon be able to hire a faculty member whose primary focus was on mine safety.

Among the many functions to be performed by the chair and center is developing a model for world-class safety and health management, as well as building a model for root cause analysis for mining health and safety to facilitate the first inter-industry comparison of incident investigation findings.

Communication will also be key, with the center to convey their findings to industry through a number of forums.

The center will also develop a research program. The ball is already rolling on this front with the university currently completing funded research on booster fans for deep coal mines, atmospheric conditions at sealed mine entries, and hazard identification and risk assessment training for small mines. “We will continue with safety-related research projects that can make use of our resident expertise in mine ventilation, systems simulation, mining-induced seismicity, rock mechanics, remote sensing, and automation,” Nelson said.

The center is partnering with a similar initiative in Australia, the Minerals Industry Safety and Health Centre, to transfer health and safety risk-management education suitable for undergraduate, graduate, and short-course applications and through MISHC, engage North American mining equipment designers to improve the safety of new designs. This effort would be conducted through the Earth Moving Equipment Safety Round Table, a three-year-old, global program currently funded by seven major mining companies.