Hogsback wishes Clive Palmer, and his new investors, the best of luck

IT might be a case of fourth time lucky this week for Clive Palmer if he successfully raises a targeted $US3.6 billion from floating the Resourcehouse coal and iron ore company – though Hogsback reckons buyers of the stock can only hope that some of his luck rubs off on them.

If that sounds critical of the larger-than-life Palmer, it’s meant to be, because it is rare to see a mining company float with so many risks to its name – apart from genuine explorers, which offer nothing but a promise of discovering something, maybe.

Resourcehouse should be different. It should be within a whisker of developing major new coal mines in Queensland, and iron ore mines in Western Australia.

But, from what’s been reported in Australia and Hong Kong, where Palmer has been wrapping up marketing talks on this, his fourth attempt to float Resourcehouse, there is a sense of amazement at the way the company so boldly lists its risks.

Take this extract reported by the news media and allegedly coming straight from the Resourcehouse prospectus: “We are an early-stage development company, have no operations and may not develop business as planned or at all”

Or, how about this: “We will require additional financing to implement our projects which we may not be able to obtain on commercially viable terms.”

Or: “We may not be able to sell all or any of our coal or iron ore products at the price or quantity we expect”

Wow! They are both the most startlingly honest statements ever made by a mining company, and fair warning to investors that Resourcehouse is risk, with a capital R.

Nothing would please Hogsback more than to say that he has seen a copy of the prospectus and can confirm what others have reported, but none appear to be available in Australia, which is both surprising and unsurprising at the same time.

Despite Australia being Palmer’s home – Queensland in particular – he has never been afraid to criticise his own country, including a recent assault on the Foreign Investment Review Board for being “racist”

Fired with an intense dislike for government bureaucrats, the Australian media, left-wing politicians, and anyone else who opposes his view of the world, Palmer has steamrolled himself up some lists of Australia’s richest people – but not all.

The inability of Australia’s national business weekly, BRW, and the American magazine, Forbes, to agree on how to value Palmer is an example of the divergent views held about the man.

BRW says in its latest assessment that Palmer is worth $5.05 billion. Forbes removed him from its rich list because he failed to meet the cut-off of $570 million, but offered to reinstate him if he successfully floated Resourcehouse.

Unreliable as they are, rich lists are a rough guide to how the outside world values someone rather than simply taking the subject’s self-valuation as gospel.

In Palmer’s case there is virtually no way of arriving at an accurate number because he has been, until now, a private investor with a swag of mineral exploration assets and an old nickel refinery in Queensland.

Resourcehouse will make Palmer a much more public figure, and a much more obviously rich one, as he plans to retain a 53.59% stake in the stock when it lists in Hong Kong, conferring a theoretical value on him of $A3.8 billion out of a company with a total value of $A7.1 billion.

But if and when he successfully raises fresh capital for Resourcehouse the question becomes: when will it start mining coal and iron ore?

The Wall Street Journal, quoting from a copy of the prospectus it has seen, says both the coal and iron ore projects (both named China First) are scheduled to start commercial production in 2014, with profitability achieved in the second quarter of 2015.

Hogsback need not remind readers that building mines in Australia is an expensive business – especially now, with costs rising sharply and shortages of key people and equipment breaking out.

As for getting product onto a railway or onto a ship, well that’s an even bigger job.

If he can deliver on what’s being promised by Resourcehouse, Palmer will be a hero to his followers – but right now he is launching a company with risk written all over it. 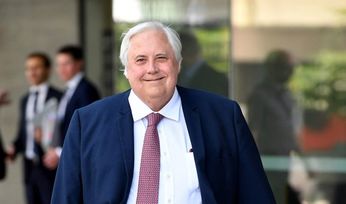 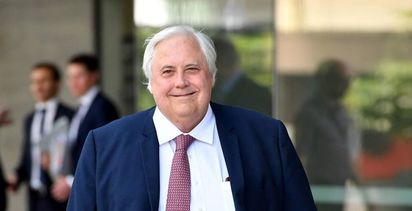