TAKING early action is an integral step to help coal companies engage with their local communities and reach a win-win solution for any project development. 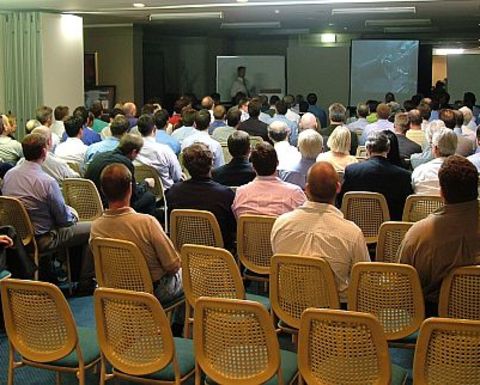 Allen Consulting Group director Geoff Allen said this was possible if companies analysed the social and political environment they were going into; mapped any issues; and engaged very early and openly with the local community.

He said it was important to work with local communities so that activists, particularly those who were operating with a broader political agenda or purpose, could not mobilise and take advantage of discontent and outrage in local communities.

“So there are examples where really good work on the ground by companies has meant that the local communities have told activists to go away or that they have it under control, they are not happy, but they don’t want outside interference in what they are doing,” Allen said.

The only way for companies to counter some of the more strident activity, disinformation and consequent fear was to keep people who were close to the project comfortable and to build trust with them.

For small companies with limited resources, Allen said it was very important for the senior management team to be engaged with the communities they were going into.

While larger companies had the luxury of employing public affairs and community relations experts, it was a line management job that did not actually exist in small companies.

“It is incumbent on the executives themselves to have those skills and interests.”

Allen acknowledged there were many challenges in the dynamics of community engagement.

“But even in challenging circumstances there are often opportunities for mutual benefit when companies meaningfully engage with communities to identify them [challenges].”

He added that while the usual practice was to argue the industry’s case on broad, generalised benefits – jobs, fiscal repair and exports – these tended to have little impact on those whose personal lives were affected and had little attraction for anxious local communities.

“Community concerns are exacerbated as stakeholders are aggrieved by the power imbalance they feel between themselves and large remote companies supported by governments. The frustration about the unfairness of this perceived power equation inhibits trust and meaningful dialogue between the parties. And I am yet to see outrage mitigated by the common claim ‘but we are compliant with the regulations’.”

Risk communication theorists strongly believed that rational arguments were not even heard when people were upset; rather the only way to communicate was to listen first, genuinely, demonstrate empathy, and build an element of trust before the evidence and counter-argument would be listened to.

“Trust cannot be built from a distance; a pre-condition is familiarity,” Allen said.

“Where there is mystery, there is fear and arming citizens with honest information crowds out disinformation.”

He added that consulting meaningfully, or a willingness to listen and genuinely pursue mutual interests early, often required preparedness and a capacity to change plans in light of community advice.

“Finally, I see companies in trouble with communities because of the activities of contractors and joint venture partners who are less imbued with the need for good relations and whose incentives are not aligned with one’s own long-term reputation and relationship interests.

“Community engagement is a critical component of risk management and project viability.” Golding gets up early for Andy White