PORT Waratah Coal Services is seeking federal environmental approval for its T4 terminal project in Newcastle’s port, which is expected to reach maximum throughput capacity of 120 million tonnes per annum over ten years of phased construction. 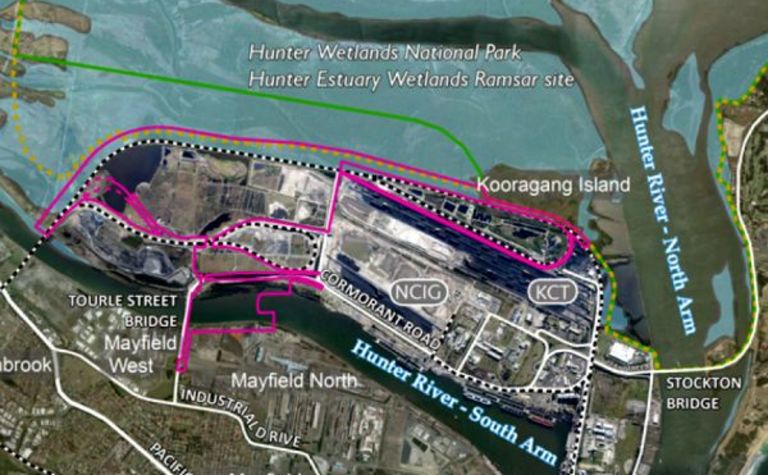 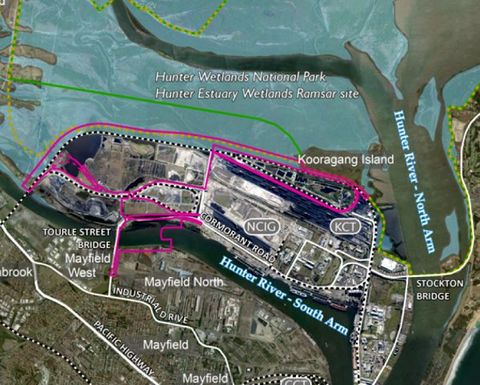 To hit this rate the terminal will need five berths and four shiploaders to fill vessels ranging from Handy right through to Cape size.

Dredging and land reclamation work will be needed, along with a rail loop, stockyard, conveyor system and wharves.

But the proposed terminal will also use existing infrastructure, systems and even workers from the PWCS’ nearby Kooragang Coal Terminal.

The first stage of T4 capacity is aiming for 35Mtpa and the port operator is under pressure to deliver.

“Demand from the industry is expected to require the T4 project to be able to receive coal from 2015,”consultancy EMGA Mitchell McLennan said in the PWCS environmental application.

The consultancy further warned that coal producers in the Hunter Valley and Gunnedah Basin would face “significant negative consequences” if T4 did not go ahead.

To minimise flora and fauna impacts several modifications have been made, including an expensive change to the rail alignment to help protect habitat for the green and golden bell frog.

Studies are also underway to recreate sensitive habitats which might be impacted from the project, which has a total footprint of around 325 hectares including the dredging area. 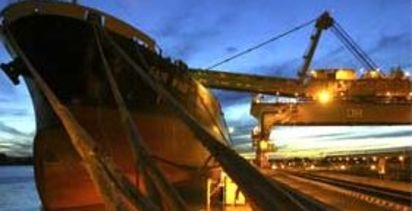