CARBON analytics firm RepuTex is forecasting that companies liable under the carbon price mechanism will pay up to 45% less than expected, with cost savings totalling more than $A10 billion as the federal government will most likely lower the carbon price floor to between $8 and $15.

The modelling comes at the same time Deputy Prime Minister Wayne Swan refused to rule out changes to the government's carbon price, amid reports the government was considering dumping the floor price from the policy.

The $15 per tonne minimum price is due to come into effect once the carbon tax transitions to a fluctuating market-based scheme in 2015.

But there is growing pressure on the government to alter the agreement it struck through the multi-party climate change committee because of concerns about linking the Australian scheme to the international market and the current low carbon price in Europe.

The ABC has reported that the government is considering dumping the floor price or significantly modifying it, despite public reassurances from Climate Change Minister Greg Combet that "we intend proceeding with what we agreed".

The modelling suggests the carbon price floor will be much lower than the $40 price delivered by Treasury due to Asian markets coming online with their own emissions trading schemes by 2020.

Once industry compensation and cost pass-through to consumers are taken into account, RepuTex forecasts the electricity sector will face a carbon bill 39% lower than Treasury forecasts.

Other big winners include oil and gas producers, which face 45% lower costs, metals manufacturers and miners facing 40% lower and materials manufacturers (including fertiliser and cement), 43% lower.

"Applying a more realistic carbon price we begin to see considerable savings for Australian businesses, with carbon costs to be on average 41 per cent lower across the board," the study says.

"This is good news for Australian business, particularly those in competitively constrained export industries such as coal and LNG as lower liabilities for companies mean that product prices will rise by far less than predicted," RepuTex executive director Hugh Grossman said.

Carbon price and the yo-yo effect

"I think what has been overstated in the Australian market is the impact of the carbon price on businesses," Grossman told BEN Business.

"Obviously there are companies that want to inflate the impact of the carbon price in order to get compensation from the government and even in terms of their own investor disclosures.

“Previously the market had relied on what the Treasury had used for a carbon price forecast that's always been relatively bullish.

"We are expecting the carbon price will move to $8-15 in the lead-up to 2020 but it is a bit further north than other reports that have put a carbon price at $5.

"Historically the carbon price signal has been linked with Europe but what we are now seeing is that the epicentre of Australia's carbon market will rest in Asia.

“We expect that by 2020, countries like South Korea, China and Japan will have an ETS in place.”

However, Grossman also notes that to incentivise emissions reductions, the government and market will need a higher carbon price in the long term.

"If we want to see a switch to cleaner fuels in power markets, then I think natural gas and renewable energy will need a carbon price of around between the $25 to $35 range post-2020 in order to generate interest in those renewable fuels because they are more expensive to operate," he said.

"The international market for offset permits has dropped in recent years, with an oversupply of permits from developing countries, coupled with low levels of demand as economic activity in Europe has remained subdued.

"In Australia we forecast that the commencement of schemes in regional markets such as South Korea and China next year will bring increased demand for carbon offsets, so prices are unlikely to bottom out, however, it would take a dramatic policy intervention for the market to reach Treasury's previously announced levels.

This article courtesy of BEN-Global.com 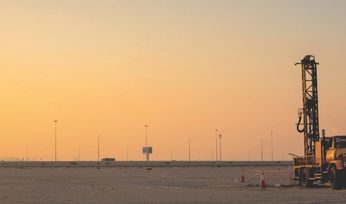 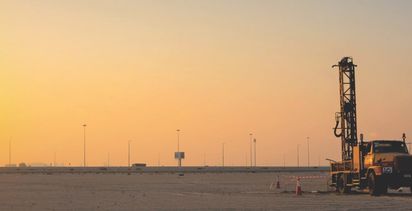