WITH coal prices plummeting coal junior Baru Resources has decided to focus its attention on its Longreach Project.

The company has coal exploration projects in Queensland including the Longreach Project, the Galilee Project and the West Galilee Project. These cover about 20,000 square kilometres over the Galilee and Eromanga thermal coal basins.

The Longreach Project is prospective for open cut mining.

It is along strike from three large tonnage deposits outlined south of the project area.

Baru expects the coal seams, if any, will occur close to the surface from 20 to 200m depth.

The West Galilee Project is prospective for both open cut thermal coal resources and underground coal gasification at depth.

Drilling to the east of the project has identified a series of large tonnage thermal coal deposits within the Betts Creek beds.

A seismic program to define the areas where these seams occur closer to the surface is being advanced.

The Galilee Project is contiguous with the Longreach Project but is to the east of the Winton Formation.

The JV is expected to get the Kwinana plant into production next year. 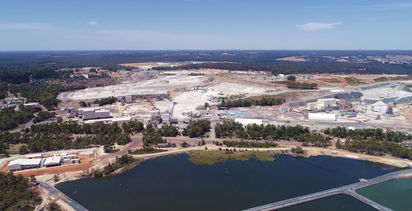