Looking over the cliff

IF WE do go over the fiscal cliff, it’s best to know what may lie ahead. The Outcrop by Robin Bromby.

Back in the nervous aftermath of the financial crisis of late-2008, it was feared we were in for another Great Depression-type shock. So great was the fear that the large Belgian bank, Fortis, put together a brief history of metal prices in the 1930s, presumably as a warning of what might be ahead.

They got it slightly wrong. The metals recovered, but Fortis did not, the group being broken up (the banking boys being handed over to BNP Paribas).

However, on the basis of the great line from John Buchan (author of the famous thriller The Thirty-Nine Steps and later governor-general of Canada), “those who do not study history are condemned to repeat it”, it is probably worth blowing the dust off the Fortis report.

What has me nervous is that, unlike 2008, we are now in a slow grind downwards on every front. In November, Eurozone services and manufacturing output shrunk for the 10th month in a row. That does not suggest green shoots of recovery. Sales of French cars in November were 28% lower than the same month in 2010 (Renault sales were down 33%).

As Bloomberg reported overnight, the economies of the 17 nations that use the euro have shrunk for two successive quarters and economists believe the three months to December will see another quarterly drop. The OECD in Paris is forecasting further economic contraction in 2013.

As things stand, the US is looking more likely to go over the fiscal cliff on January 1, with $US600 billion ripped out of the economy.

OK, so what happened 80 years ago?

Most economists now agree that the depths of the Great Depression were hit in 1932-1933 (and again in 1937, after Roosevelt was re-elected and felt he could raise taxes on the rich, a move which nipped the green shoots well and truly in the bud. In view of the fact that Obama is wanting do the same now, you see what Buchan means about being doomed to repeat history.)

They did not manage to claw back to even their 1921 (and pre-peak levels) until 1937. Even then, copper slid a further 9% after the Roosevelt move, not regaining its 1921 level until 1940 (by which time war production had revived the American economy).

Nickel fared differently. Fortis found that the nickel price was tightly controlled by the producers and remained stable in 1926-1940

By contrast, gold and PGMs saw production increases of 30% and 40% respectively.

As Fortis noted back in early 2009, “history rarely repeats itself and the same in true for metals markets”

They were right back then. Rather than go into the depths of the 1930s, by April 2009 we were seeing good rebounds in metal prices, even if nickel has never showed any threat of retracing back up to $50,000/t or potash to $1000/t.

But there is no question that 2013 is shaping up as possibly the most critical year since 1937 in global economic terms. At least now you can now take advantage of another old saying - forewarned is forearmed.

A look into the battle to keep Gascoyne Resources going. 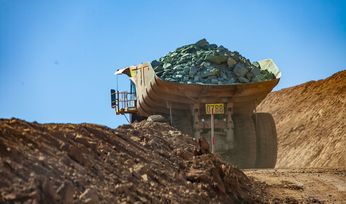 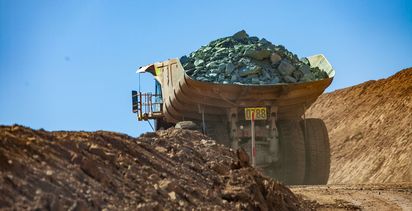