Having exceeded its calendar 1998 output target, Crinum is looking for a steady performance this year.

Crinum will be a tough act to follow. The mine has already established itself as a benchmark longwall mine, grabbing a swag of Australian records in the process and in years to come, will be the standard against which BHP will measure its future longwall mines.

Apart from the outstanding production results the first 18 months of operation have taught management many important lessons about operating in a complex geological environment. Of major concern from day one was the mine's hydrological conditions, a cause of initial delays, according to BHP. So far, however, the water problem has been a bit of a damp squib. Mine manager Greg Chalmers said water quantities encountered during longwall mining had been steady but were only about 40% of what was originally expected.

“Everything that was put in place to cope with major quantities of water has been over-designed so it was easy to cope with the water (we encountered),” he said.

“As we broke away each wall we expected to get a pulse of water but that hasn't happened either.”

The impact of the water has made itself felt in more insidious ways. The influence of old river basins contributes to the variability of roof conditions “which range from quite adequate to pretty shabby”. At less than 4mPa in places and subject to bad flaking, the weak floor means quality roadways are absolutely imperative. Chalmers said as long as the floors were kept dry they caused no problems.

“We have also learnt the importance of continuing to keep moving. When we’ve got caught with bad ground it’s been in a sense a self-fulfilling situation. You slow down or stop because you’ve got bad ground but because you stop retreating the ground deteriorates around you.

“On installation roadways we've been pre-excavating those to the full width and securing with Megabolts and we’ve found that's very effective. It's relatively expensive but has been very effective. We have learnt the effectiveness of carbon fibre mesh on the longwall take-off road. And we have learnt overall that although we have no significant full seam height structural faulting, we have a lot of small displacement faulting which causes us a certain amount of difficulty.”

Chalmers said a change in direction of the main headings would increase the length of blocks from about 2km to about 2.5km, over about half a dozen blocks. The increase is expected to kick in within the next 6-12 months.

On the capital expenditure front, the AFC is due to be replaced and Chalmers said an upgrade at a cost of about $4-5 million was also highly likely. The upgrade would lead to an increase in chain size and power.

“There are all sorts of reasons an upgrade is needed,” Chalmers said. “The mine runs through a regional syncline and up until now we've been mining downhill. This means the movement of coal has been downhill but when we go through the axis of this syncline the movement of material across the face will be uphill, only 3-4 degrees, but it probably would have required more power anyway.”

Like many local longwall mines before it, Crinum is already facing up to the prospect that it may have been “under-engineered” in the mine infrastructure department. Chris Seymour, vice president development at BHP Coal, said the mine had been developed in a “relatively capital efficient” manner. Compared with Shell Coal’s new Moranbah North mine, for example, Crinum had slightly less production capacity, but had cost $350 million compared with the $500 million Shell spent at Moranbah North.

“We could have put in bigger conveyors, but we didn't,” Seymour said. “Some of that accounts for the lesser capital.”

But already the mine's high output is putting pressure on coal clearance and BHP acknowledges that increased capacity will have to be looked at sooner or later.

“As output goes up we're going to have to look carefully at where the bottlenecks are and improve them step by step. (At the moment) the shearer can put more coal onto the face conveyor than it can handle. We could be doing more if we had more capacity.” 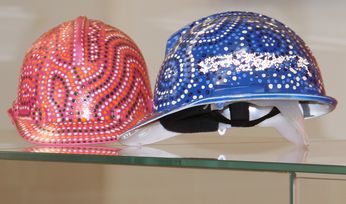 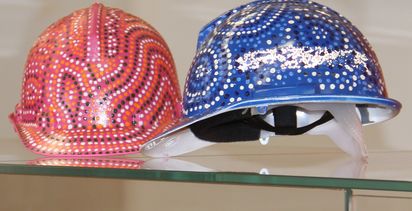 BHP farewelling one of its Big Macs