THE success of Advanced Conveyor Technologies’ local manufacturing push has been further underlined by an award made to Westray Engineering, a Sydney-based forging company. Westray recently picked up the Australian Forging Group’s prestigious Most Innovative Forging Award for 1998 for its two-piece, forged flight bar assembly for longwall armoured face conveyor systems.

ACT is selling AFC chain manufactured in Germany by JD Theile. But the company is also looking to supply the locally made AFC flight bars and other products which complement its longwall supply package. According to company chief Peter Howard, the flight bars have been well received by local coal mines.

A strategic alliance between ACT and Westray led to the production of a one-piece flight bar for BHP’s Tower colliery in the Illawarra coalfield in New South Wales. The unit’s successful introduction encouraged ACT and Westray to attempt the larger two-piece design for the Southern colliery in central Queensland.

Each half of the two-piece flight bar weighs about 30kg. The two halves are bolted to the conveyor chain using a vertical tee-head bolt and two horizontal hexagon bolts, also manufactured by Westray. The bars are produced to a thickness tolerance of only 1mm using Westray’s unique drop hammer plant.

According to ACT, the flight-bar assemblies offer superior features and mechanical properties compared with existing units.

Westray managing director Geoff Simpson said production of the flight bars demonstrated the capacity of local manufacturers to successfully compete against imported products. His company had been able to produce a “technically superior flight bar at a lower cost”

“With all coal producers under pressure to reduce production costs, we are

sure that the flight bar developed by Westray and ACT will be well received by the industry,” he said. 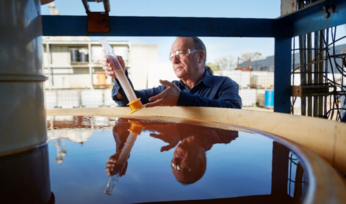 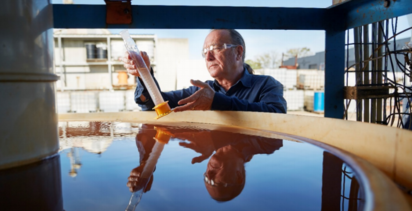