AFTER starting life as an agency for JD Theile chains and connectors, Australian company Advanced Chain Technologies (ACT) has undergone phenomenal growth over the past three-and-a-half years, according to managing director Peter Howard.

ACT’s recent purchase of the Scorpion longwall cable handler manufacturing division of British company Dunn Group is further evidence of the company’s growth strategy. ACT has been the Australian agent for the Scorpion cable handler for more than two years, during which time its market share has increased from 15% to 50%, according to Howard.

Manufacturing and worldwide distribution of the Scorpion range will continue to be handled out of Britain, while sales, technical and operational support in Australia will continue to be provided from ACT’s Sydney premises. The company’s other products include locally designed and forged flight bars, which account for about 45% of its total turnover. ACT was the only Australian company to manufacture locally forged flight bars, Howard said.

Theile chains and connectors account for 25% of turnover, while the Scorpion accounts for 15%. The remaining 15% derives from assembly, sprockets and consultancy.

Howard said the Australian market could expect further technical developments to grow out of the Scorpion purchase, as well as continuing good service and rapid response to customer’s needs. The Scorpion is also sold under agency in the USA where Howard said market share was around 25% and growing, and was 100% in South Africa.

Scorpion closes in on Pharos. 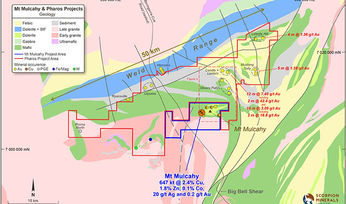 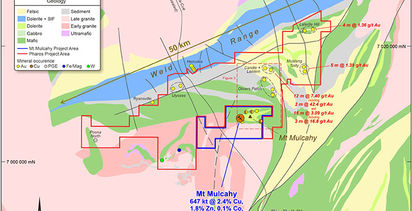