CHINESE coal exporters are here to stay, with the impressive increases of the past four years expected to be built upon as the country closes small, inefficient mines and focuses on larger, mechanised collieries, Asia Pacific Coal Services managing director Gary Cochrane said in an address to the recent Coaltrans Asia Conference.

"In the future, more of the same can be expected, although it is unlikely that the rate of growth will be as rapid as in the last four year," Cochrane said. "This is mostly due to the maturity of the new projects at Yanzhou, Pingshou and Shenhua."

Mine capacity is also being diverted to new large-scale domestic power station projects, or coal to oil conversion projects.

China has made substantial efforts to close its notoriously dangerous small "township" collieries in recent years, shutting more than 82,000 since 1997. Only 23,000 township mines are currently permitted to continue operating.

Although more modern, mechanised mines have filled the gap, production fell sharply in the last three months of 2001 when many of the mines in Shanxi province were forced to close and only reopened after being issued with new safety permits. This disruption hit exports in January and February and saw imports spike.

"This situation is now more stable and not only is production increasing but domestic prices are now falling and the premium over export prices has now diminished," Cochrane said.

"The sharp increase in import demand has also decreased and is expected to remain very flat for the remainder of the year, with total imports only increasing a little over last year's figure of 4-5Mt."

China's entry to the World Trade Organisation has seen continued rationalisation by the coal producers driven by market demand, including the formation of larger domestic trading blocks.

A new export coke trading block - China Coal Coking Products - has also been established as a joint venture between CNCIEGC, Shenzhou Coal Electric Coking and Taiyuan Dongsheng Coking Gas. This company will have the capacity of controlling 5Mt of coke within the next five years, Cochrane said.

Two large coal companies have applied for export licences, but with the applications already two years in the pipeline, Cochrane said processing of the licences is expected to take at least another six-to-12 months.

"It will take a great deal of political energy and concentrated will from these two companies to be successful in their applications," he said.

"As both of them are currently commencing direct coal sales negotiations anyway, within the overall supervisory role of CNCIEGC, there is no urgent need to accelerate the process."

Cochrane said total production capacity by the Chinese producers is expected to grow at a rate that at least matches the growth in domestic supply, which he estimated at 40Mt a year, and still allow for increases in export supply.

Existing coal mining companies are targeting a number of new projects, as well as the development of several new coal fields. These include:

* Development of more open cut and underground mines at Shenhua, including the potentially large-scale Zhungheer open cut mine and adjacent leases;

* Development of another open cut mine at the Pingshou mining complex

* Development of the Juyie coal field in the southwest of Shandong province with up to seven mining leases being operated by several mining companies (one joint venture has already been signed with CLI of the United States and Xingweng Mining Co.

"These mines will have much higher levels of efficiency and also more strict safety regimes," Cochrane said. 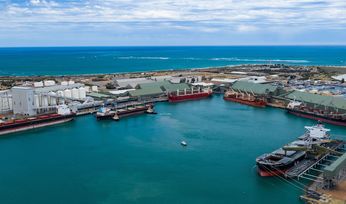 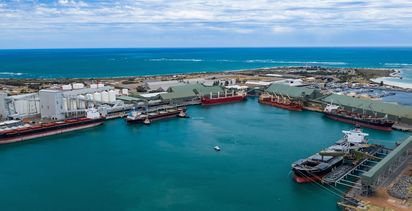