AS base demand on the Hunter Valley Coal Chain heads towards the 70-80 million tonne per annum mark, its participants are preparing to make changes to the systems and processes to support the future growth in the export of coal from the Hunter Valley via the Port of Newcastle.

More coal is exported from the Hunter Valley via the Port of Newcastle than any other port in the world. Port Waratah Coal Services (PWCS) has forecast a throughput of 74 million tones in fiscal year 2003-04, an increase of over 7% on the expected throughput for this fiscal year 69Mt.

The commercial and operational interfaces that support the Hunter Valley Coal Chain (HVCC) are based on systems, rules and practices that were designed, in the most part, when the HVCC was transporting in the order of 30Mtpa.

The investment made in port, rail and load point capacity in recent years needs to be matched by the systems and processes that “drive” the HVCC, in particular those systems that support the delivery of coal to PWCS.

The three organizations responsible for the transport component of the HVCC established two steering groups in early November with the aim of improving the coal delivery system to have entire cargos available to load ships in Turn of Arrival Order within the context of planned system capability.

Those involved include David Brewer of PWCS, Peter Winder of Pacific National, Glen Dawe of RIC and Greg McLeod of SRA.

Key recommendations will be made by the end of February 2003 with implementation to commence almost immediately. 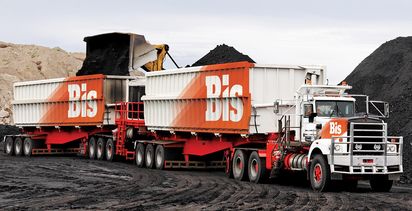