In addition, $4.5 million and $1.8 million has been committed to the seven-year cooperative research centre programs undertaken by CCSD and CO2CRC.

A further $4.1 million has also been committed to the longwall automation project, a joint venture between CSIRO and CMTE, which hopes to improve automation to remove miners from the potentially hazardous zones on the face, and hence improve productivity and reduce maintenance costs.

A large chunk has also been allocated to the rapid roadway development project, a joint development between JCOAL, CSIRO, Hydramatic, IHI, Mitsui and Taiheiyo. A new development machine is being built to fit between the continuous miner and the coal conveyor sub-system. This machine will de-couple the rib and roof support system from that of the miner to speed up driveage.

Specific projects dealing with occupational health and safety in place during the year included the investigation of the air and dust flow pattern around the shearer for thick seams, being aided by Moranbah North, Oaky No. 1, and Central and Southern collieries.

Detection and prevention of fires and explosions received a sizeable slice of funding. Major projects include the development of pro-active inertisation strategies and technologies that will reduce the risk of heatings in active longwall goafs with participation from Dartbrook and a program that is developing a sensor that accesses the site of a possible heating via a borehole. The prototype device will return images and gas samples to the surface.

A total of $350,000 has been allocated to damage criteria and practical solutions for protecting undermined river channels under the subsidence and mine water banner. This project draws together a strong team of researchers to demonstrate characterisation and remediation technologies which will provide industry with a range of options designed to manage subsidence and minimise the sterilisation of coal resources.

Taking a smaller chunk of the pie was maintenance projects, with the largest funded project at $192,000, investigating the optimum trade off between the equipment reliability and the rate of production on a nominated longwall face.

Work has continued on the evaluation of commercially available 4-wheel drive vehicles for use in non-hazardous zones of NSW underground coal mines, with participation from Tower and Elouera collieries.

A large number of projects have come under the ventilation, gas drainage and monitoring umbrella in an effort to reduce the risk of outbursts, gas outs and possible explosions. The highest funded project is CSIRO’s variability of coal seam parameters as they impact on outbursts with participation from Tahmoor and Illawarra Coal. 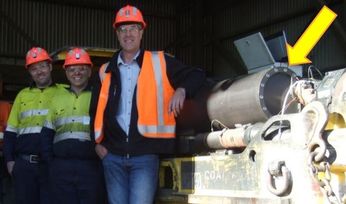 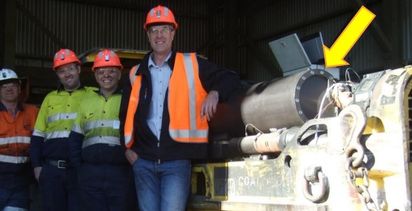