XSTRATA Coals United mine this week celebrated the 25th Anniversary since the issuing of the United mining lease.

Xstrata Coal is 95% joint Venture owner and manager of United, located near Singleton in NSW, with partner the United Mineworkers’ Federation.

“United has presented us with a unique opportunity to work in partnership with the United Mineworkers’ Federation,” Peter Coates, Chief Executive Xstrata Coal, said.

“This has given us an invaluable insight into the operation from an industrial perspective and the calibre and commitment of United’s workforce reflects this.”

“In turn, Xstrata Coal has been able to provide the financial support necessary to transform United into the operation it is today. I also believe that the operation has benefited from the expertise and experience of the Xstrata Coal management team and I trust this will hold United in good stead going forward.”

In 2001 Xstrata Coal spent over $50 million transforming United from a bord and pillar to a longwall operation.

United is expected to produce 3.4 million tonnes of ROM coal in 2004, which equates to around 24,000 ROM tonnes of coal per man per annum, one of the state's most productive underground mines. It is second only to Xstrata Coal’s new Beltana mine. United’s current development rates are among the highest in NSW with crews regularly achieving 250m per week.

The mine recently finalised a lease transfer of underground reserves from neighbouring Wambo which has enabled the mine to lengthen its next four panels as well as include an extra panel.

“Xstrata Coal’s absolute commitment to ensuring the health and safety of its people is also reflected in the threefold improvement in the operation’s safety record over the last four years,” Coates said.

The mine employs 139 people and generates $14 million in annual wages. 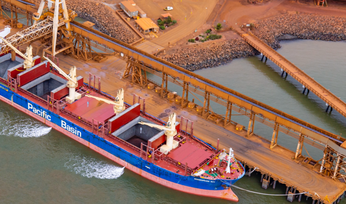 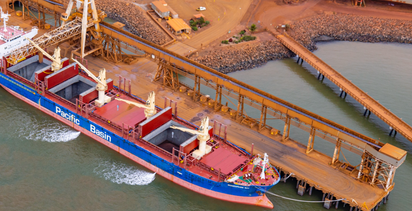