WHEN a work mate was thrown 30 meters from a wind blast and seriously injured it spurred West Wallsends Shaun Shepherd to take action. He developed a ground-breaking longwall 3D face monitoring system that has not only saved lives and millions of dollars at West Wallsend, but also has broader applications to all longwall operations. 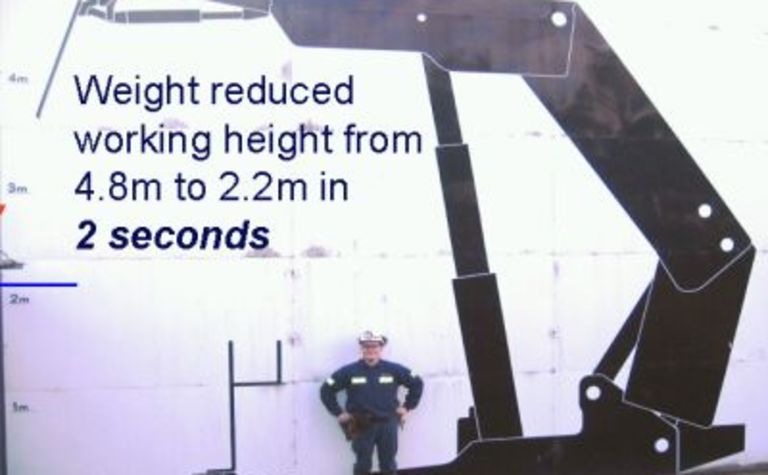 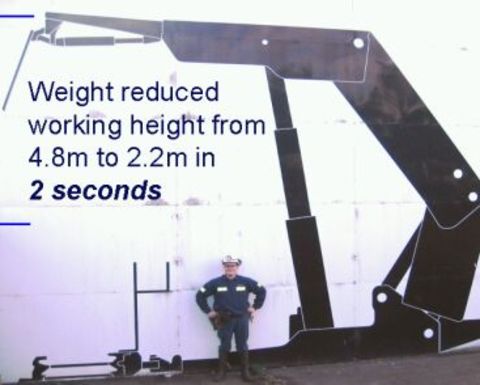 Shepherd’s invention won both the judges and people’s choice award at the New South Wales Minerals Council Innovation Awards and has now been further promoted to contend the National award. It has been short listed in the NSW Workcover Awards which will be announced later this month.

Periodic weighting occurs when the sandstone units are much stronger than normal and do not fail in the usual manner. This causes a cantilever effect on the longwall roof supports – causing poor face conditions and undue damage to equipment and puts operators at elevated risk.

Windblast also has the potential to cause great damage to both equipment and personnel. When massive strata caves in one large section at a time, a huge amount of air in the goaf is displaced in a very small amount of time. With only the adjoining roads (tunnels) to go, the displaced air travels through the mine roadways at very high velocity - like an enormous piston carrying coal, dust, debris, equipment, tools and personnel along.

One such caving event occurred at West Wallsend while mining under a massive sandstone channel section during extraction of longwall panel 28. During this incident a very large section of strata fell from great height within the goaf striking the rear of the roof supports causing them to be thrown violently into the face. Extensive damage to equipment resulted, along with injury to personnel involved.

"The windblast event was horrific. I was on the boot end and had my back to the goaf - all of a sudden air was rushing past, it felt like I was being hit in the back of the head with a shovel continuously. It just picked me up and threw me down the belt road and had no control of where I was going. Death was a major concern," said West Wallsend operator and windblast victim Jamie Lonsdale.

Another incident at Longwall 27 caused pressure cylinder and structural damage costing West Wallsend A$1million at the time. Loss of production was in excess of 200,000 tonnes with the longwall completely inoperable for nine days – costing about $14million in lost revenue at today’s prices.

To manage these events the mine opted to use engineering controls. One major obstacle was the periodic weighting phenomenon could not be readily seen until the physical damage to equipment and injury to personnel was already done.

“This new package allows mine personnel to see what is in fact happening well before the situation escalates beyond control,” Shepherd said.

An auto-continuous system of monitoring leg pressures to manage weighting and windblast conditions has never been undertaken before in underground coal mining. Shepherd’s system effectively “buys time” and provides a warning of impending conditions that was previously unavailable.

“This system increases operator confidence - they are checking the longwall 3D monitoring every shift before work commences,” he said.

To date the monitoring system has been developed specifically for dealing with periodic weighting and associated windblast of massive strata. However, far broader application is also possible for the general longwall mining environment.

Other factors that affect the control of ground around a longwall include: leg set pressures, loading of roof supports from weight of strata, caving characteristics of goaf, and roof support position are all possible uses of the information that may be gleaned from the system.

Since it was introduction into West Wallsend’s mine management plan for periodic weighting and windblast nine months ago, Shepherd said the mine’s longwall workforce has experienced zero injuries – a far cry from when his mate was thrown 30 metres by a wind blast.

As the mine progresses toward the North-West, the stone channel is expected to diminish in size – however it will still be present for the next several longwalls at least – where it is imperative the 3D face monitoring system is used to full effect. 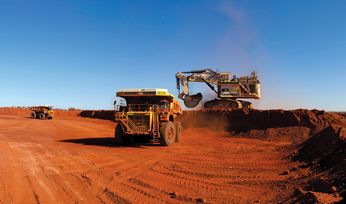 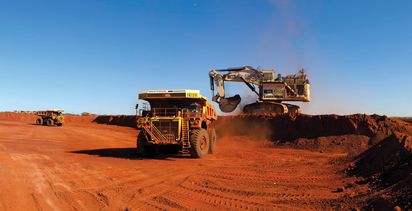