COINCIDING with events at the international G8 summit in Scotland, anti-coal groups staged their part of an International Day of Action by holding a rally on a street outside Massey Energys headquarters in Richmond, Virginia.

More than 300 protesters, including members of anti-coal organization Mountain Justice Summer, came to show their disapproval of the coal giant by holding a four-hour demonstration against mountaintop removal mining.

According to the newspaper Times-Dispatch, some 20 protestors lay down directly in front of the headquarters in anticipation of their arrest. To make their arrests more difficult, three more individuals bound their arms together with PVC piping.

“It’s very important that we bring people’s attention to what’s happening,” said protest leader Larry Gibson, who claimed protest was their only means of communication with Massey after attempts to speak with them directly failed.

The demonstration ended peacefully and without incident or arrest when Massey security guards arrived to pick up the protestors’ list of demands. However, only half-satisfied, the groups continued protesting their cause in a Richmond park that afternoon.

While Massey said his firm respected the demonstrators’ right to express their opinions, a lot of misinformation had been circulating about its Goals Coal plant, a complex located near an elementary school, that had caused much of the conflict between it and the protest groups.

“Massey Energy Company believes there has been a great deal of misinformation disseminated with respect to current and proposed activities at its Goals Coal plant in West Virginia,” said a company release. “The Goals impoundment has been inspected by both federal and state regulatory agencies.”

Also last week, another protestor decided to go solo when he staged a sit-in on the steps of the West Virginia State Capitol building to bring attention to mining facilities near his granddaughter’s school, Marsh Fork Elementary near the Goals Coal Plant. Ed Wiley said he would not leave until he spoke to West Virginia governor Joe Manchin.

“Those children deserve the absolute safest and healthiest environment we can possibly give them,” Wiley said.

After a few hours, Wiley was invited in to speak with Manchin. The governor agreed to examine Massey’s operations near the school as well as the possibility of relocating the institution.

Manchin said he would do “everything humanly possible” to ensure the students safety, and he was “hoping to bring all sides together” and “[look] at every option” 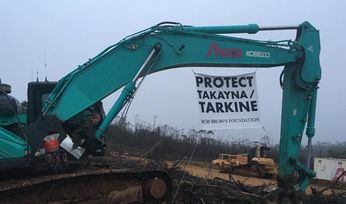 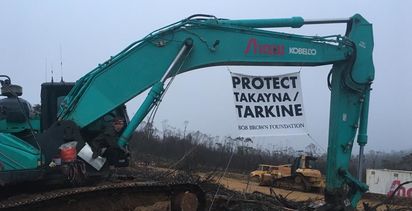