Poland polishes up on safety

FROM a safety standpoint, 2004 was a significant year for Polands mining industry. The accident rate in mining decreased by 9.3% while fatalities dropped by 63%, in line with trends over the past ten years and the best result for the last 15 years.

Piotr Litwa, vice-president of Poland’s State Mining Authority, said the number of fatal and serious accidents in Poland’s mines decreased during 2004. Moreover, the accident rate indicated that mining operations were performed in a safer manner than in previous years.

Poland, one of the world’s major longwall mining countries, had a total of 39 coal mines operating 143 longwall faces last year.

Speaking at the 31st Biennial International Conference of Safety in Mines Research Institutes in Brisbane, Litwa said the positive trends were the result of implementing preventive measures by mine operators, mining authorities and research and development institutions.

“In addition, in 2004 the level of employee stress was lower as the improved financial condition of the mining industry provided a better guarantee of employment,” he added.

the location of the mines within one region of Upper Silesia, which results in a concentration of mining operations,

a long history of exploitation at some mines, often 100 years or more, which has led in many areas to significant incursion of rock formations,

occurrence of natural hazards and tectonic deformations in the form of faults with large throws,

increasingly large depths at which mining operations are carried out (average increase of 5-8 m every year), the deepest mines reach 800- 1100 m below the surface,

increasing use of a simplified “sublevel” model of first working.

Hazards in Polish mines include rock burst hazard, caving, and fire hazards. In 2004, Polish coal mines experienced three rock bursts – two within the area of longwalls being worked and one in a heading being driven. These caused 11 minor injuries but no fatalities.

This is a good result given that the share of Poland’s 100Mt per annum output where rock burst hazard exists has risen from 27% to over 40% over the last 20 years. One roof caving incident took place in 2004, causing no injury.

Fire hazards are still relatively common in Poland’s coal mining industry. In 2004 there were seven fires in underground headings of coal mines, including two exogenous fires associated with machine operation.

Every year there are five to seven endogenous fires in coal mines caused by spontaneous heating of coal in gobs.

“The State Mining Authority is of the opinion that the number of fires that occur every year is still too high and indicates that special attention must be paid to operations planning, prevention and application of modern methods of fire hazard monitoring,” Litwa said.

Methane is also a problem. Of the 39 coal mines, methane release has been detected and recorded in 28, of which 16 have been classified in the fourth (highest) category of methane hazard. Coal output derived from methane bearing deposits constitutes 67% of the total coal output. Only one case of methane ignition in coal mines was recorded last year, caused by frictional ignition but with no resulting injuries.

Gas and rock burst hazard is present in three coal mines and in 2004 no gas or rock bursts were recorded.

The study of the causes and circumstances of these accidents has shown that the direct causes were as follows:

presence of workers on transport and haulage ways when transport means were moving or close proximity to moving parts of machines,

negligence of organisational and technical regulations applicable to operations carried out under highly dangerous conditions or lack of effective supervision over such operations,

use of machines in an advanced state of wear.

Litwa said a range of steps have been adopted to ensure the safety of Poland’s mining industry continues improving.

Some of these steps include the replacement of breathing apparatus for rescue operation with more advanced equipment. An optimum model for coal mine drainage has been developed; rules have been established for maximum longwall advance rate under conditions of high methane, fire and rock burst hazards. New powered roof supports for longwall mines were also being introduced.

The conference was organised by Queensland government testing station Simtars. 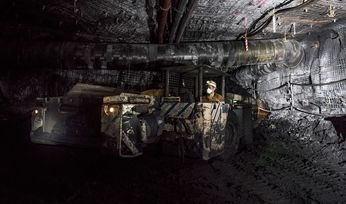