PEABODY Energy has launched a major information campaign in an attempt to improve the negative image the general public has of coal.

The company’s campaign aims to promote coal as a clean, cheap source of energy to win over groups opposed to growth to power plants numbers. Advertisements will be placed in a range of major media including The Wall Street Journal, Washington Post, New York Times, Time and Newsweek.

The tagline,“Yeah, Coal Can Do That”, underlines the message that coal conversion technologies can improve energy costs and reduce reliance on foreign energy supplies. Other themes include abundance, affordability and clean use.

"Coal is the fastest growing fuel in the world. The United States has more coal than any other nation. And Btu Conversion technologies can transform coal into clean electricity, natural gas, diesel and jet fuels, and hydrogen to power fuel cells.

“Simply put, if America has the will to be one of the great energy centers of the world, we have the resources right beneath our feet."

Peabody has a number of Btu Conversion investments in the pipeline, including a 30% interest in a company with coal-to-synthetic-gas technology and a proposal to build an Illinois-based plant to covert coal into liquid fuel.

The company is also a founding member of the FutureGen Industrial Alliance - a global coalition of electric utilities and coal companies that plan to develop the world's first coal-fueled electricity generating plant to produce hydrogen, achieve near-zero emissions and sequester carbon dioxide. 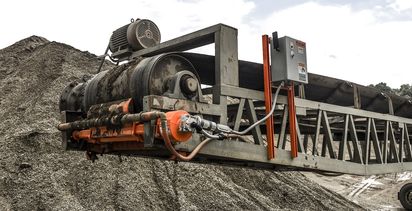 Qld cleaning up its dust act