A group-wide project aimed at improving the equipment utilisation at UK Coal underground coal mines holds some valuable lessons for other mines. 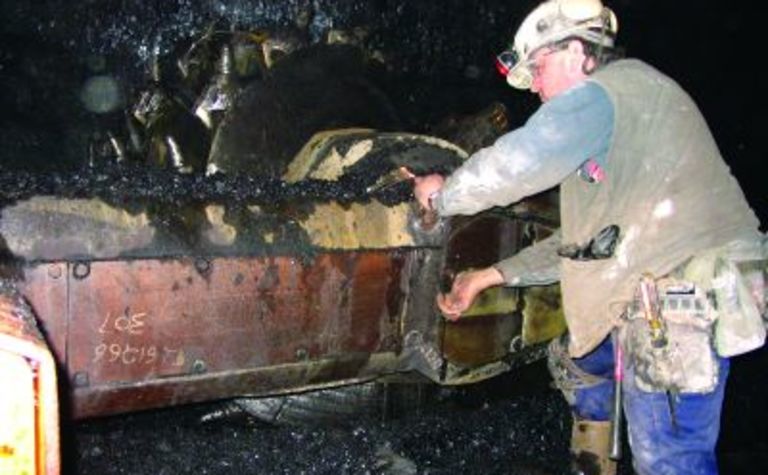 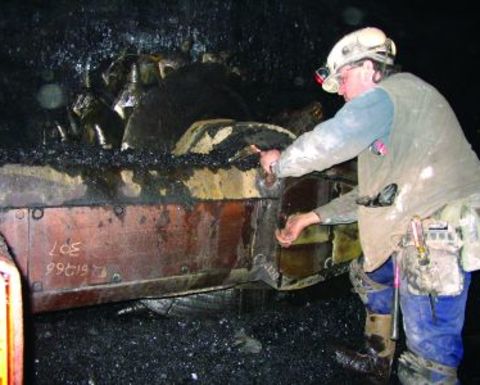 Launched in 2003, the project was led by then director Kevin Irving, who now works as coal group manager for Brisbane-based Snowden Mining Industry Consultants.

The original aim of the project was to improve the machine utilisation on the longwall system, coal clearance systems and development headings.

UK Coal uses Machine Available Time (MAT) as a measure of efficiency, given few operations work 24-hour rosters. MAT refers to the time-frame covering the period when workers are planned to arrive at the coalface to the time they are planned to leave. The utilisation is then measured on how efficient a shearer or continuous miner is used within that MAT. For example, if the percentage of utilisation of MAT is recorded at 70%, the machine is being use effectively to produce coal for 70% of the time.

When the project was launched, longwall MAT varied from 35-65%, and the target was to get these numbers up to 65-70%.

UK Coal identified that 15-20% of the downtime affecting MAT on the longwall face was due to equipment reliability. Belt running times were around 85% of their MAT and this was analysed as down to very complex conveyor systems, with some of the conveyor routes outbye of the coal face up to 10-15km in length.

The next major bottleneck was related to breakdown maintenance on the shearers, AFC and stageloader systems.

Prior to the improvement program, many mines had been operating largely reactive maintenance regimes - essentially running the shearer until it began to have problems.

One of the key interventions was the instigation of a program of planned preventative maintenance throughout the operations.

“We went through all the pieces of machinery and decided on what level of maintenance was required and from that developed a check-list,” Irving said.

“This covered what had to be carried out and when, including specific change-out times for key components – say at 3000 hours, a piece of equipment had to be changed out. We were rigorous about not going past that 3000 hour mark.”

Once the plan was in place, mine management involved the supervisors and maintenance crews to ensure maintenance tasks became embedded in daily tasks. One requirement was that a maintenance checklist had to be completed every day.

A major operational issue found to be affecting MAT on the longwall was shearer turnaround time in the gateroads.

“Once the machine started shearing from end to end it rarely stopped, but at the turnaround at each end it could take up to 15 minutes to get the shearer mining in the opposite direction,” he said.

While difficult roof conditions in UK Coal’s deep underground operations were largely the cause for slow turnaround, by analysing in detail the operations, involving the teams in cause analysis and then the teams implementing actions to reduce downtime, MAT figures improved.

“We focused on getting that 15 minutes down to 5-10 minutes by involving the workforce in how to optimise the turnaround time and what was needed to do that. Sometimes it was a simple solution such as making sure a bar (to control the roof) was available when required.”

In Australian operations, Irving believes benefits can be gained from a focused effort on minimising the turnarounds at each end of the face. Also, from what he has seen of local mines, Irving said maintenance programs were generally good but not always carried out religiously.

Irving contends there may still be too great a reliance on the OEM to provide maintenance expertise. This situation has arisen partly as a result of the attrition of skilled labour, a growing problem for both mines and OEMs alike.

“We found it was always better to have our own people trained rather than rely on the OEM. The OEMs were very good and knowledgeable but were not there when we needed them because they didn’t have the capacity either.”

Irving warned of future issues arising related to an increase in equipment controlled with sophisticated electronics. Few mines have the technical expertise in-house to fix complex electronic problems and sometimes the local OEM representative may not either.

“I sometimes found myself asking the question, are we making our machines too complex?” he said.

In addressing belt availability, UK Coal learned some lessons from American mines, which typically have larger numbers of people with a specific focus on belt maintenance.

The American system, whereby each man had his own zone of focus for which he was responsible, was emulated at UK Coal.

An important lesson, according to Irving was the realisation that increased levels of automation had taken men away from key parts of the system. This meant people had to be put back; not to run the system, but to maintain it.

For conveyor systems, the target was 95% availability and above, but the best achieved was around 90%, with older mines struggling with old equipment.

Worldwide, belts and keeping them running remains a constant challenge for coal mines. Of the major technical issues yet to be cracked, Irving said belt cleaning was near the top of the list. “It’s made more difficult when management try to save a few dollars to make the conveyor belting last longer, which ends up being a false economy, as with age the belts become increasingly difficult to maintain.”

What would Irving do if he had a blank page and was setting up a new mine from scratch?

“First, religiously plan maintenance, and no matter what’s happening in production, don’t veer from it,” he said.

“Second, I would make the systems as simple as possible; automation with simple controllers; don’t complicate matters, and use well tried, proven technologies.

“Thirdly, keep training the workforce in the systems you’ve installed, and improve their capability to analyse operations so that they have ownership of the solutions to continuously improve production.”

The donation to CareFlight northern operations is Rio Tinto's first contribution in the NT. 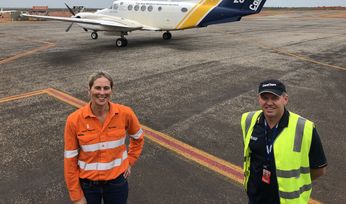 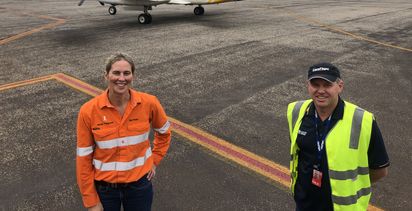