Mining safety affects thousands of regional Queensland families, with four of the last five major mining disasters occurring in Queensland and over 300 deaths across the industry, Beazley said.

He said it was imperative for site safety and health representatives to attend training and learn the latest developments in safety training technology, new mines rescue and self rescue techniques.

"Employers and employees can be fined up to $33,000 just for including a provision for leave to attend training provided by a union in a workplace agreement," Beazley said.

"This will lead to a decrease in safety expertise in the future."

Beazley is in Mackay visiting a CFMEU underground mine training session, which has been running throughout the week.

"I will rip up the Howard Government's legislation and build an industrial relations system based on Australian values," Beazley said.

"I will give employers and employees real flexibility to negotiate and agree on whatever training arrangements they want in their agreements."

While at QME Beazley visited the exhibitor stands and talked with suppliers and visitors at the show. 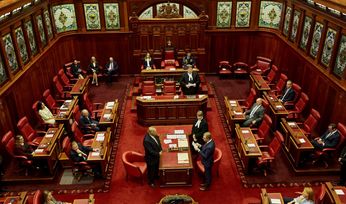 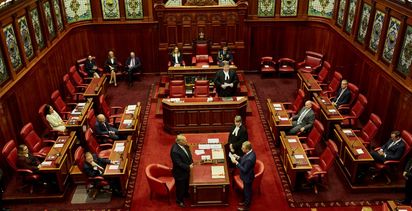