A 30-year veteran of the industry but absent from it for the last eight, Wooten said he’s had the opportunity to watch and think about things and wanted to share his personal thoughts on several topics, including issues surrounding the Sago accident – which he said needed expediting to bring about future progression.

He said he would “be surprised” if the two remaining reports to be released on the explosion, one from WVOMHST and one from the US Mine Safety and Health Administration, were significantly different from those already publicised by Sago operator International Coal Group (ICG) and the Mine Safety Task Force, led by Davitt McAteer.

Wooten said the important action at this point is to get the report out, even if it means the later review and repeal of recommendations.

“I understand the delay in many instances … but I do believe that if we strive to get to the bottom line more quickly we can do it,” he said.

Although he will not be briefed on the office’s position on Sago until late next week, Wooten estimated that the VWOMHST report could be ready within two weeks.

“We need to move forward and give people closure [and] determine why – if we can,” he said.

Wooten closed with assuring the group of his total commitment to the office as well as the industry’s primary asset: miners and mine safety.

“Our agency is going to fulfil its statutory obligation and, in addition to that, it’s my hope and my desire that we can do some good along the way.”

Deal for three years and will service nine MinRes sites 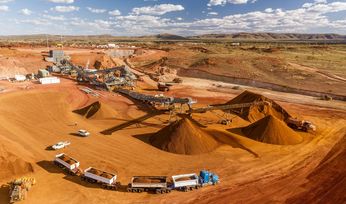